FG Should Rationalise Spending Instead Of Borrowing- Yusuf 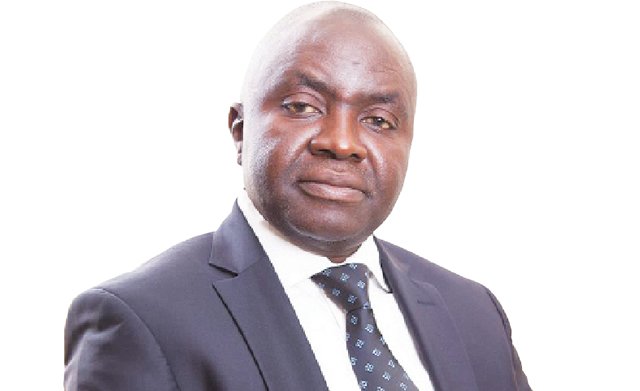 Former Director-General of the Lagos Chamber of Commerce and Industry (LCCI), Muda Yusuf, has expressed serious concern over excess borrowing by the Federal Government in the midst of dwindling revenue.

He observed that a large portion of the domestic borrowing was through ways and means which has serious implications for inflation.

According to him Government should rather rationalise expenditure as a way out of excess borrowing.

He explained that borrowing to fund recurrent expenditure is inimical to economic development.

He also advised the government to consider private partnership in funding projects that require huge capital outlay as well as selling idle assets to raise funds for building infrastructure.

Ways and means is a mechanism for the government to borrow from the Central Bank under specified credit policy which, most times, entails printing money.

Yusuf said this at the Bi-Monthly Forum of the Finance Correspondents Association of Nigeria (FICAN) held at its national secretariat in Lagos on Thursday, as part of its capacity building programme.

Speaking on the topic “Nigerian economy in first half 2021 & outlook for the financial services sector”, Dr Yusuf said that the borrowing spree  of the Federal Government was hurting the economy as it escalates the already high rate of inflation in the country.

He disclosed that the facility  usually comes at a huge cost  to the taxpayer as the government paid  N480 billion interest on the N1.8 trillion facility granted to it through the ways and means window between January and May 2021.

He expressed concern that government’s excess borrowing has put pressure on the apex bank to exceed the “5 percent ceiling of actual government revenue for the preceding year”, specified in the CBN Act.

According to him, the fast rate of money supply has adverse effects on the people’s standard of living which has become a source of worry to Nigerians.

“It has inflationary implications; it is not healthy for the economy because inflation erodes the value of people’s income and affects their standard of living. The value of a currency has a lot to do with poverty and welfare. We must be worried about the fast rate of money supply because inflation triggers poverty,” he said.

“We need to caution the government against being too dependent on the CBN for financing deficits because of the high inflationary impact.  Inflation is a terrible thing. When people complain about hunger and poverty, it is because the money they have in their hands cannot buy anything much.”

Yusuf advised the government to prioritize its borrowing in the light of dwindling revenue, noting that up to 90 percent of the nation’s revenue is committed to debt servicing which he said should be a major concern to the Nigerians.

On foreign exchange volatility, the immediate past LCCI boss noted that the foreign exchange market faced liquidity constraints in the first half of 2021, and that forex was inadequate to meet rising demand.”

“The supply of foreign exchange was inadequate to meet rising demand. The rate premium between the Nigerian Autonomous Foreign Exchange Rate (NAFEX) and the parallel market rate averaged around 20 percent.

“Several businesses and corporates encountered difficulties in sourcing foreign exchange at the formal segment of the market and were forced to source the greenback at the parallel market.

He said that financial service institutions need a conducive business climate to create more avenues for investment and that more profitable asset classes are needed for profitable investments to take place.

He further stressed the need to  address the structural, policy, institutional, and regulatory constraints in the business environment which would also result in a reduction in non-performing loans in the banking sector.

Dr Yusuf recalled that the banking industry demonstrated resilience amid disruptions associated with the pandemic, attributable to the policy intervention of the CBN.

“Going by key ratios, the banking industry is financially stable and sound with industry capital adequacy and liquidity ratios above regulatory threshold while non-performing loan ratios is slightly above the five percent prudential guideline.

He said that the current CRR environment negates policy that mandates banks to lend at least 65 percent of customer deposits to the real sector and advocating for a flexible CRR policy that would reflect the actual level of a bank’s deposit at any time.

He projects a stable environment for banks and businesses in general in the second half of the year with  recent developments such as the  passage of the Petroleum Industry Bill by the Ninth National Assembly after years of neglect.

“Also, the National Assembly has passed the 2021 supplementary budget. The budget makes provision for vaccine procurement and security-related expenditures. Lawmakers have endorsed the move to raise $6.1 billion via the issuance of Eurobonds.

“Improvement in current vaccination rate is expected to improve economic and business activities in the country, which is positive for the sustenance of growth recovery.

“Inflation is expected to decelerate in the second half of the year on account of base effects and expectations of modest harvest, barring further exchange rate adjustment.

“With the deceleration in inflation rate, monetary policymakers would be further encouraged to keep policy parameters at current levels. Relative stability is anticipated in the foreign exchange market as CBN sustains its intervention efforts,” he said.