FG Targets Installation Of 36 Million Meters By End Of Year 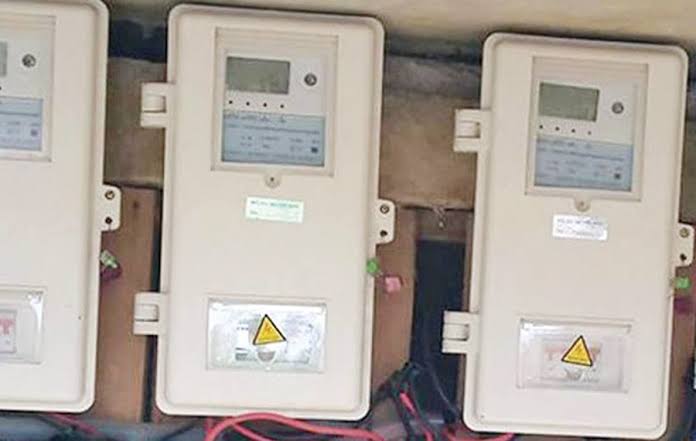 The Federal Government is exerting energy to achieve installation of over 36 million electricity meters across the country by the end of the second quarter of 2021.

Oriental News Nigeria reports that the National Mass Metering Programme was introduced in November 2020, and its execution has phases 0, 1 and 2.

The initial stage or phase 0 provides meters for I million electricity customers.

Funds will be provided with the DisCos to buy from the meter manufacturers’ available stock or others who may have meters in their warehouses and install for their customers.

The second stage aims to enhance local manufacturers’ capacity and create employment opportunities, while the third phase may give room for some level of importation.

These efforts according to government, will restore confidence and trust in the power sector as consumers of electricity would no longer be extorted through an estimated billing system that does not match consumption.

Speaking at the inspection of the meter testing facility of the Nigerian Electricity Management Services Agency (NEMSA) in Enugu, the Minister of State Power, Gody Jeddy Agba, expressed satisfaction at the level of work and installation of state-of-the-art equipment that will process durability and certify fit for use all electricity meters imported into the country.

Agba said the power sector reforms of the present administration have to deal with new methods of boosting generation, transmission and distribution. He said adequate power supply in the country will translate to statistical economic growth and development of the gross domestic product GDP, which is all time high within the last one month.

The Minister said the NEMSA plant and testing facility in Enugu is one of the strategy implementation plans of the federal government to discard mediocrity and lack of competence in handling government business, especially at a time the country has to play a vital and pivotal role in the African economy.

“The benefits that accrue from the planned inauguration of the meter testing plant and facility stem from the fact that substandard meters that are inflammable will be eliminated from circulation, economic dumping of inferior goods by other countries as practiced in the past will no longer be tolerated by the authorities concerned, and above all, the estimated billing system will come with a penalty to whoever served the bill to consumers,” he said.

At the event in Enugu, the Minister said he came to see the level of preparedness of NEMSA to commence operations urgently, in compliance with the federal government directives that 36 million electricity consumers in Nigeria must be metered before the end of quarter two in 2021.

Agba stressed that the federal government’s commitment and concern for the power sector is unwavering, amidst financial constraints, but determined to ensure that the power sector is revamped and resuscitated to give a corresponding growth to the manufacturing and industrial sub-sectors of the economy, comparing the global growth of some sectors in countries with adequate power supply.

MEMSA, chief electrical officer of the federation and managing director, Peter Ewosa, declared that all electricity meters imported into the country must be tested at the point of entry to certify their technical fitness before installation.

Ewosa said the meter testing station was established as a quality control mechanism for the power sector to thrive, in line with the mandate of the agency which states clearly that no meter can be deployed or installed and put into use until it has been tested and seen to have met the requirements and technical capability set by the Nigerian government.

“Every country has its technical requirements and standard specifications for any equipment that is publicly or privately put into use, therefore, any meter that does not pass through the agency cannot be installed either at homes, offices and factories,” said Ewosa.