FG Thanks Delta State For Providing NYSC With Infrastructure 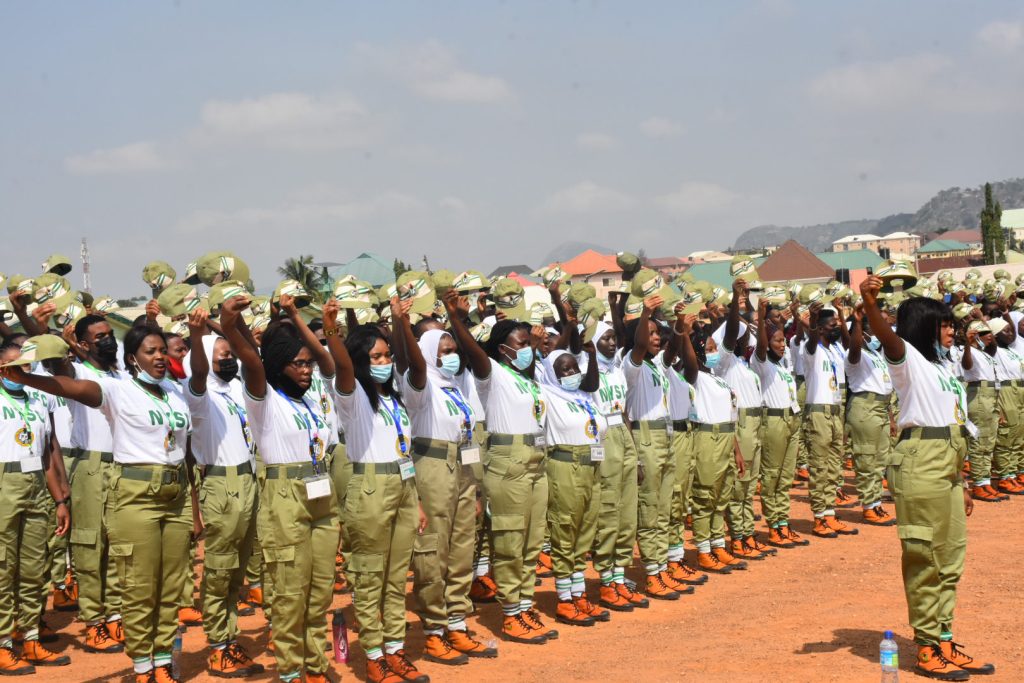 The Minister of Youth and Sports Development, Sunday Dare has commended Delta State Government for providing a befitting Orientation Camp for NYSC in the State.

He lauded the spate of infrastructural development at the Orientation Camp in Issele-Uku, describing it as a good template for all NYSC Orientation Camps across the country.

The Minister disclosed this during his visit to NYSC Delta State Orientation Camp in Issele-Uku to assess the level of work at the on-going 700 capacity Corps Members hostel, NYSC South-South Area Office Warehouse and internal roads, courtesy the State Government.

The Minister, who added that the Scheme would be marking its fifty years anniversary next year, added that there must be functional NYSC Orientation Camps in the country with necessary facilities.

He urged other State Governments to emulate Delta State in performing their statutory responsibilities as stated in the NYSC Act.

“When you come to NYSC Camp in Delta and you see the layout  template and the completed on-going projects, l think this is the model we want in all NYSC Orientation Camps”, Dare said.

He said the innovation of having six area offices in NYSC is a laudable idea, adding that it would ensure a stronger collaboration between the National Directorate Headquarters, NYSC formations and other stakeholders for national development.

Speaking on behalf of Delta State Government, the Commissioner for Youths, Hon. Ifeanyi Egwuyenga said the State Government is committed to human capital development, thereby giving priority to youth development in order to enable them lend their support to nation building.

He added that youths should be given the opportunity to express themselves and develop their potentials.

“The collaboration between Delta State Government and Federal Government through NYSC is very necessary, because the youth population in Nigeria should be given adequate opportunity and space to be able to express themselves and develop their potentials, to also lend their support for nation building”, he said.

The Permanent Secretary, Federal Ministry of Youth and Sports Development, Alhaji Ismail Abubakar  also commended the Delta State Government for providing a conducive Orientation Camp and other logistics support for NYSC in the State.

The Acting Director General of National Youth Service Corps, Mrs Christy lfeyinwa Uba, said the Scheme has been empowering Corps Members with vocational skills that has made many Ex-Corps Members self employed in different business endeavours across the country.

She added that the proposed NYSC Trust Fund would make start-up capitals available for Corps Members to start their businesses, and also create jobs for others.

She commended the Delta State Government for providing the Orientation Camp with necessary facilities, urging other stakeholders to also contribute their quota for the benefit of Corps Members.

The Project Manager, Architect James Ade Okuli said the NYSC South-South Area Office warehouse, domiciled inside Delta State Orientation Camp in Issele Uku houses 4 shops, 6 large storage halls for each of the states in the South-South among other facilities.