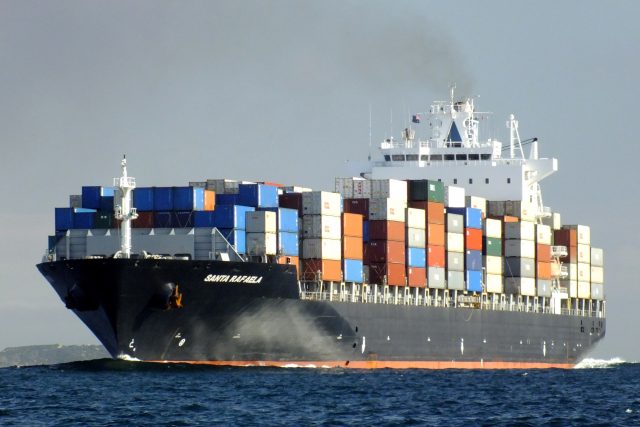 The Federal Government says measures have been stepped up to eliminate multiple cargo examinations, encourage priority and free movement of designated export containers to boost the volume of export.

The Secretary to the Presidential Enabling Business Environment Council (PEBEC), Dr. Jumoke Oduwole, stated this in Abuja at a session on the Midway National Action Plan (NAP) 7.0.

The session is pivotal for the trajectory of the 7th iteration of the 60 days accelerator NAP 7.0, and updates on the progress of the non-agro and agro export plan.

Oduwole, who is also the Special Adviser to the President on Ease of Doing Business, said implementation of the Designated Export Warehouse (DEW) project would fast track the process.

She said this was necessary to enhance drastic reduction in the current time for export cargo examination as well as congestion at the terminals and create space for new containers.

“A reform in the payment and verification process will boost Forex inflow from export if exporters have unfettered access to the foreign exchange proceeds earned by them.

“It is also pertinent to extend privileges given to Diaspora remittance to have free access to their foreign exchange.

“The essence of NAP 7.0 is also to ensure an increased volume of exports and volume of foreign exchange in the country.”

She explained that the Federal Government through PEBEC had set a 60-day export action plan as part of its efforts to make it easier for people to do business in the country.

The 60-days agro-export action plan is part of the priority reforms to be implemented by select ministries, departments, and agencies (MDAs), to drive ease of doing business in Nigeria.

It is expected that at the end of the 60-day window, MSMEs will experience enhanced ease of doing business in the country.

The action plan among other things is targeted at ensuring that perishable agricultural produce earmarked for export are allowed to move freely through our ports.

She said NAP 7.0 was designed to break away from the “lacklustre performance” of the previous plans, which saw the relevant ministries, departments and agencies (MDAs) perform below par at 44 and 43 percent.

“Indeed, the faithful implementation of the Agro-export plan is expected to boost the competitiveness of Nigeria’s agro-exports, and create jobs.

“It will also enhance Nigeria’s foreign exchange earnings and providing good rewards for the labours of farmers all across Nigeria,” she said.

While giving further explanation on the NAP 7.0. Agro-Export Reforms Midway Progress Report on Day 30 of 60, she expressed concern that some MDAs were making slow progress in terms of the reform.

She said there was a need for a collaborative approach for everybody to be on the same page.

“That is why we are very transparent because everybody needs to be on the same page to understand what issues are and what we are trying to achieve, where we are and where we hope to be.

“We need to be transparent and tell everybody that this is where we are today, right now some are at 22 per cent or 32 per cent, and we all knew what we can do.

“For whatever reasons, some MDAs are making progress and others are not, some have explained different reasons. Some are legitimate while others are not,” she said.

According to her, there is the possibility that some MDAs can do better and are not doing it.

“What we can do is to push, this is the midterm report and will be presented to PEBEC

“We promised Nigerians that we will give the midway report, now as a team let all of us look at it together.”

She, therefore, called for the cooperation from all the MDAs to achieve the set target for NAP 7.0.

The News Agency of Nigeria (NAN) reports that Oduwole was assisted by, David Uzosike Head of Technical Unit, PEBEC, Ayokunnu Ojeniyi, Project Manager of PEBEC and Toyin Bashir Head of Legal Cluster, PEBEC in the presentation of the report.(NAN)