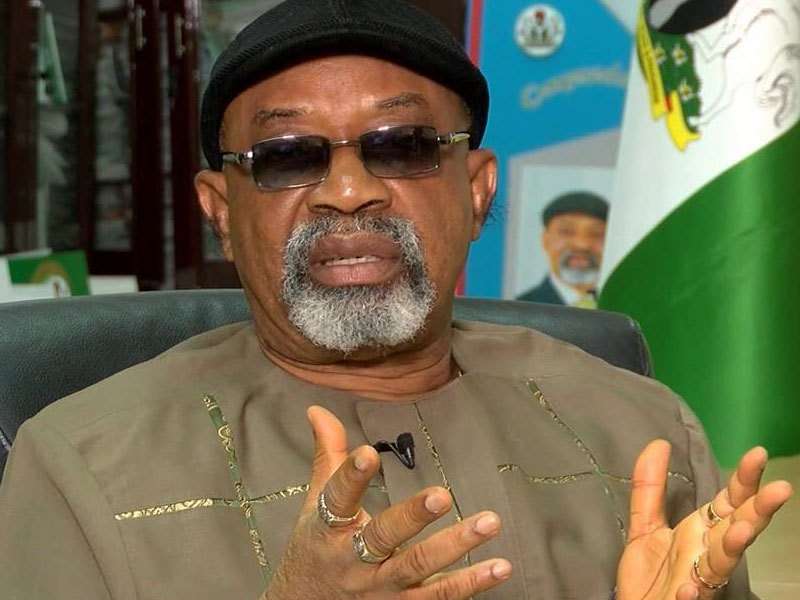 The Federal Government has resolved to empower 350, 000 households and child labour victims to  entirely eradicate the menace of child labour in the country.

The Minister of Labour and Employment, Sen. Chris Ngige, said this at the Validation Workshop of the National Policy and Action Plan on the Elimination of Child Labour 2021-2025 on Thursday in Abuja.

According to him, the event is to commemorate the formal inauguration of the Year for the Elimination of Child Labour and the implementation of the Action Pledges made by Nigeria on Jan. 21.

“Nigeria participated at the international launch of International Year for the Elimination of Child Labour on Jan. 21

“Nigeria’s Action Pledges include Validation of the 2nd Cycle of the National Policy on the Elimination of Child Labour and its National Action Plan to be validated by the end of February. This is what we are witnessing here today.

“During the launch, Nigeria presented her Action Pledges, prioritising key activities towards the achievement of Target 8.7 which seeks to end Child Labour, Forced Labour, Modern Slavery and Human Trafficking by 2025, ” he said.

Ngige said that the Action Plan included the strengthening of Conditional Cash Transfer Programme of the Federal Government to prevent an increase in child labour in supply chains, such as granite quarry, rice farming, artisanal gold mining and cocoa farming.

“Conduct of a National Multiple Indicator Cluster Survey (MICS) on Child Labour, Forced Labour and Modern Slavery in collaboration with International Labour Organisation (ILO) to be done on or before June 30.

“Development of Child Labour/Forced Labour Monitoring and Remediation System (CLMRS) in Supply Chains started in 2020 and will extend to end of 2021,” he said.

”This is being managed by the Ministry of Humanitarian Affairs, Disaster Management and Social Development,” he added.

Ngige also noted that considerable milestones had been achieved in combating child labour and all forms of Modern Slavery in Nigeria.

He, however, noted that progress had been slow and unequal across the six geo-political zones and states of the federation.

He said with only five years left to achieve target 8.7 coupled with the negative impact of the COVID-19 pandemic on efforts already made in eliminating child labour.

He said that the need to join forces and work together as a team to tackle child labour was now more compelling than ever before.

Ngige, however, commended what the U.S. government had done to support some African countries at the regional level, especially in cocoa plantations.

He added that Nigeria equally needs such support in places with large concentration of coffee and cocoa plantations, such as Ekiti, Rivers, Cross River, Imo and Edo states.

Phala, represented by Mrs Chinyere Emeka,  ILO office Abuja, noted that the impact of the actions to accelerate child labour elimination, would help to fast-track progress towards achieving the SDG target to eliminate child labour by 2025.

“Furthermore, it will create the momentum that will drive positive change through to 2025.

“The pledges require all the stakeholders to take action in its implementation, building on its previous efforts, driving action, sharing experiences and propelling momentum towards the elimination of child labour,” she said.

She assured that ILO would continue to support its tripartite partners and all other relevant stakeholders in the fight against child labour.

Also speaking, the Minister of Women Affairs, Dame Paulen Tallen, commended Ngige for organising the validation of the National Policy and Action Plan for Elimination of Child Labour in the country.

Tallen also appealed to state governments yet to domesticate the Child Rights Act, to do so quickly.

”Nigerian child deserves good education and medical care and to be protected from all forms of abuse,” she said.(NAN)