FG To Resident Doctors: End Strike Or Get Sacked 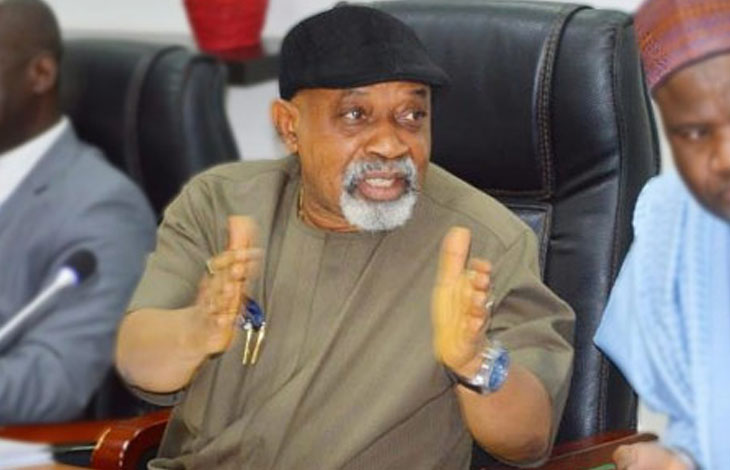 Minister for Labour and Employment Chris Ngige, has advised striking Medical Doctors to return to work or get sacked.

Ngige, said the Doctors who remain recalcitrant will be asked to leave the service next week.

He explained, “If you go to the International Labour Organisation (ILO) Principles at Work, it guarantees a worker right to strike, but with consequences. Your employer on essential services, in particular, has the right to replace you. He will also withdraw your remuneration and use it to pay those acquired when you were away.

“So, Nigeria being a member of ILO, in our Trade Dispute Act (2004), Section 43, it is there to protect both the worker and the employer,”.

He threatened to ‘escalate’ the decision Monday because conciliation had failed,,adding that, “The law says if conciliation fails on my part, I can take it up through Industrial Court of Nigeria .”

Ngige said the government would employ ad-hoc or local doctors to replace the striking doctors as there are more than enough trained doctors in the country without the opportunity to work.

Ngige, said he was trained by the government and acquired two scholarships, but medical practitioners in the country snubbed the country to work abroad because there was no opportunity to work in the country.

He said the National Hospital Abuja announced vacancies for 80 resident doctors last weekand over 3,000 applicants turned up, and threatened to invoke the law as, according to him, the nation was under the rule of law.

“There is nothing else I can do”, he stated, as he vowed to replace the doctors.

Ngige said the National Association of Resident Doctors (NARD) failed to give the Federal Government time to implement the agreement with its members as he dismissed their claims that Federal Government did not meet their demands.

According to him, many states in the country owed them salaries and other benefits for months.

“By next week, if they are not back, I will condone the ten or eleven days that they did (strike) in April into no work, no pay because they didn’t work, and they want to receive money.

“Taking money for the work not done is corruption. It’s not done anywhere in the world.”

He said the government had done much to provide a conducive environment for medical practice in the country.

“I know what the health budget is for the past 25 to 30 years. I worked with the Federal Ministry of Health. Also, I was in the Department of Hospital Services, in charge of federal medical centres and teaching hospitals.

“So I know what health budget is, in terms of doctors’ training. I supervised that desk for two years or two and a half years, I supervised residency training. I am telling you that health is on the concurrent list. State governments are doing health; they are supposed to do health. But everything here is federal. Nobody is talking about state hospitals.”