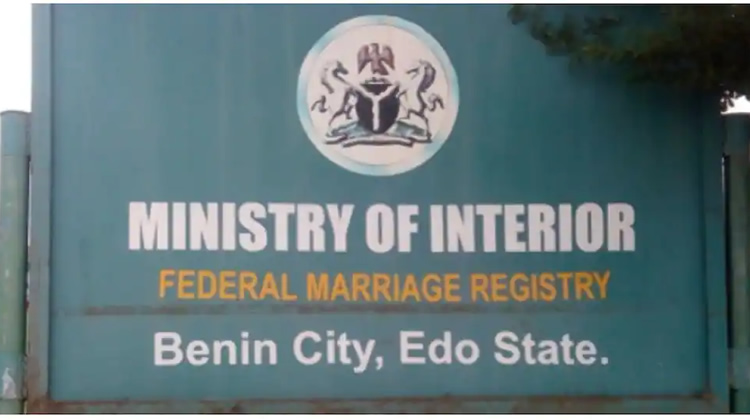 The Federal Government has warned all Federal Marriage Registrars, who to desist from acts of indiscipline and  misconducts or be ready to face disciplinary action.

Belgore explained that the warning was against the backdrop of an act of negligence of duties that happened at the Benin Federal Marriage Registry recently.

“I will reiterate that anybody caught engaging in corruption, absence from duty post, negligence to duties and such likes, will be made to face serious disciplinary actions.

“You have to do your work, if you do well, you will be handsomely rewarded,” he stressed.

He assured the Jos registry of the Federal Government’s support.

Also speaking, the registrar in charge of the Jos registry, Dawam Barbara, thanked Belgore and his team for the visit and promised the commitment of officers to discharging their statutory duties effectively and efficiently.

The News Agency of Nigeria (NAN) reports that on June 4, the federal government instituted immediate disciplinary action against Mr Ozuruonye Chukuma, the Registrar of the Federal Marriage Registry in Benin, for negligence and absence from duty.The offence, the ministry said, constituted acts unbecoming of a public officer in contravention of extant Public Service Rules.

NAN reports that Belgore, who is statutorily the Principal Registrar of Marriages in Nigeria, said the decision was in line with the ethics of the Civil Service which encouraged diligence and discipline in public officers.