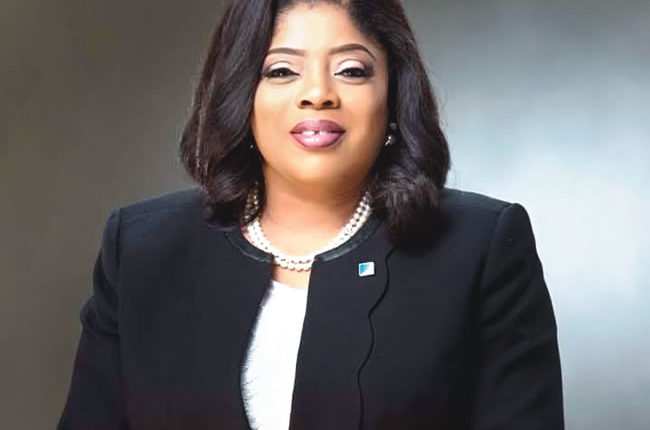 Fidelity Bank Plc has revealed a rise in its gross earnings which grew by 12.5 per cent to N174.4 billion from previous N155.0 billion, in an impressive financial performance for the third quarter of 2021.

Details of the 9-months results for the period ended September 30, 2021, released on Tuesday at the Nigerian Stock Exchange (NGX) showed a double-digit growth in revenues, deposits and profitability.

In other indices, total assets grew by 15.4 percent to N3,182.7 billion from N2,758.1billion in the same period last year. Total deposits: a measure of customer confidence, increased by 16.1 percent YTD to N1,973.0 billion from N1,699.0 billion in 2020FY, driven by increased deposit mobilization across all deposits types.

Commenting on the impressive performance, Fidelity Bank’s CEO, Mrs. Nneka Onyeali-Ikpe said, “We were able to sustain our performance trend since the start of 2021 with an impressive double-digit growth in profit driven by 69.9 percent increase in net fee income which compensated for the decline in net interest income as average yield on liquid assets remain low.”

She noted that digital banking has continued to gain traction as the bank now has 56.1 percent of its customers enrolled on digital banking platform from 52.8 percent in 2020 full year.

While stating that the bank had recorded a 125 percent year-on-year (YoY) increase in total NIP transaction and 24.9 percent, she stated that 24.9 percent of fee-based income currently comes from digital banking.

“Other regulatory ratios remain well above the minimum requirement: Capital Adequacy Ratio (CAR) at 18.8 percent from 18.2 percent in 2020FY while liquidity ratio came in at 34.5 percent, well above the regulatory threshold of 30.0 percent”, she noted.

Fidelity Bank recently completed a highly successful Eurobond offering, raising US $400 Million from the international capital markets through a five-year tenor Eurobond. The offering achieved a 7.625 percent coupon p.a. and recorded a 1.8x over-subscribed orderbook which peaked at over $700 million.

“The pricing of the Senior Unsecured Notes, underscores the formidable confidence of a diversified range of global and local investors in Fidelity Bank’s growth aspirations and the well-experienced management team”, explained Mrs. Onyeali-Ikpe.