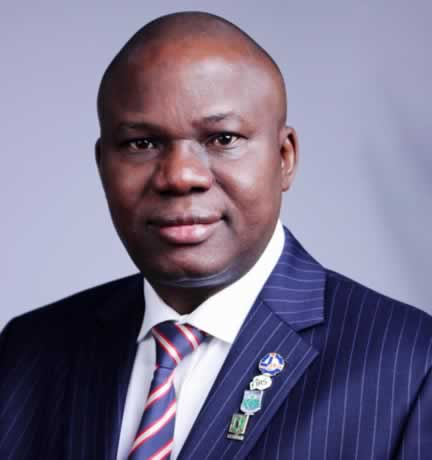 Mr Oluwatobi Abiola, a Chartered Institute of Taxation of Nigeria (CITN) Fellow, has urged engineers to collaborate with the government to boost the nation’s infrastructure tax remittances.

Abiola, a Director in the Federal Inland Revenue Service (FIRS), made the call at the 2022 Business Luncheon and Induction of new members of the Apapa Branch of the Nigerian Society of Engineers (NSE) in Lagos on Thursday.

He said that engineering was the bedrock of development in the world and had great influence on revenue, hence, the need for transparency on taxation matters among engineers.

The theme of the event is: “Tax Avoidance or Evasion: the Engineer’s Role in Building a Culture of Voluntary Tax Compliance in Nigeria”.

The FIRS director said that globally, humans by nature do not like to pay taxes except mandated by laws.

”Taxation is a pivot for national development, and to guide against tax evasion, adequate records must be collated,” he said.

Abiola advised engineers to be equipped with the right financial and accounting skills to be able to accurately deal with tax evasion issues.

He said that the FIRS had made it easier to capture infrastructure taxes by putting engineers with accounting knowledge in some key areas to relate with the professionals.

The director advised engineers to willingly pay taxes and explained how they could get their clients to pay accurately in projects execution.

He listed various activities that amounted to tax evasion and the consequences.

“I want to urge all of you to comply with tax laws, the taxman is your friend,” he said.

Abiola stressed the need for engineers and other Nigerians to pay taxes for government to effectively provide security, infrastructure and drive development.

“Nigeria cannot develop without taxes; the more we pay taxes, the more the country develops,” he said.

The FIRS director, however, pointed out that the Finance Act exempted companies that made less than N25 million annually from taxes.

He said that since 2007, the service introduced a refund mechanism for repayment of wrong deductions to clients.

The NSE President, Mr Tasiu Wudil, represented by Mr Abdulrasheed Babalola, urged engineers to always look out for societal problems they could proffer engineering solutions to, for speedy development.

“Create more products and services for the betterment of mankind,” he said.

Wudil said that engineering could not be separated from business because every aspect of innovation, invention or project execution involved transaction.

Ufot admitted new inductees into the branch and admonished them to be worthy ambassadors of NSE.

He also urged them to participate actively in programmes and assigned roles.

The News Agency of Nigeria (NAN) reports that the branch honoured its inaugural Chairman, High Chief Tunde Zedomi, who turned 72 on Wednesday with a celebration and cutting of birthday cake.

Zedomi, who was NSE Chairman, Apapa Branch between 2000 and 2004, commended younger members of the branch he groomed, who were already occupying top leadership positions of the society at the national level.

Meanwhile, the guest lecturer and some deserving members also received awards at the event. (NAN)