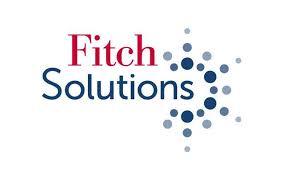 Fitch Solutions Country Risks & Industry Research maintains that the vaccination rollout is still of huge concern in sub-Saharan Africa, considering that few vaccines get administered owing to lack of infrastructure for distribution, particularly into rural regions.

Sub-Saharan Africa is lagging behind on vaccination rates, compared with the rest of the world, it said on July 15.

During a virtual media briefing to discuss the performance of economies in the region, Fitch Solutions said its predictions for regional activity in sub-Saharan Africa had played out so far this year.

In Nigeria, it identified that reform momentum has been slowed by an arduous legislative process, and expects the long-awaited Petroleum Industry Bill, which aims to clarify the regulatory and fiscal regime surrounding oil and gas activities, to be promulgated late this year.

At the end of 2020, it forecast that East and Central Africa would lead the rebound in regional growth, which has been the case, with high-frequency data showing economic recoveries in Kenya, Uganda and Ghana.

This while weak first-quarter gross domestic product (GDP) readings for South Africa and Mozambique point to a muted outlook for Southern Africa.

Fitch Solutions expected governments in sub-Saharan Africa to prioritise fiscal consolidation, which has proven true, with governments having implemented contractionary or less expansionary 2021/22 budgets than in the prior year.

In South Africa, expenditure was up by a modest 2.7% year-on-year in the first quarter of the year, while government spending in Kenya fell by 21.2% year-on-year over January and February.

The Angolan government’s spending will fall from 23% of GDP in 2020 to 21.6% in 2021, despite anticipated upticks in revenue from higher oil prices and oil output.

The Ghanaian government also released a less expansionary 2021 budget in March, which Fitch Solutions expects will help the fiscal deficit narrow from 11.2% of GDP in 2020 to 9.8% this year.

In many countries, fiscal consolidation is targeting capital expenditure, with negative implications for both short-term and long-term economic growth.

Given limited access to foreign financing after its technical default in November 2020, the Zambian government will slash spending on ‘non-financial assets’ from ZMW27.6-billion in 2020 to ZMW18-billion this year, to make room for spending on more popular areas in view of a challenging August election.

Moreover, the agency said elevated social unrest across the region was likely, which has realised in various parts of the continent, including ethnic violence in Ethiopia, protests in Namibia, Chad and Somalia, as well as mass looting and violence in South Africa.

Fitch Solutions elaborated that the Namibian unrest related to strikes over low salaries and poor working conditions at its State-owned Namibian Broadcasting Corporation, while strikes have erupted against a military takeover in Chad earlier this year, following the death of long-serving President Idriss Déby.

The situation in Somalia relates to anti-government protests and anger over delays to Parliamentary and Presidential elections, while the South African unrest has its roots in former President Jacob Zuma being incarcerated.

Related to this, Fitch Solutions predicted that political instability would rise in East Africa which has been the case with ethno-nationalist tensions and rebel insurgency persisting in Ethiopia’s Tigray region, while election-related violence has increased in Uganda and Somalia.

The one prediction that has only partially realised is that of greater reform efforts in key markets with constraints persisting; there has only been some progress on anti-corruption efforts and reform of State-owned enterprises in South Africa while reform momentum has weakened in Nigeria and Ethiopia.

In South Africa Fitch Solutions says Eskom reducing its debt by almost 20% – from R484-billion in March 2020 to R401-billion in March this year has been a positive development, as was the intended privatisation of South African Airways, but government’s medium-term fiscal plan hinges on a three-year public sector wage freeze that Fitch Solutions expects will be hard to implement.

The agency says some Purchasing Manager’s Indices and central bank data in sub-Saharan Africa are showing steady acceleration of economic activity in Kenya, Ghana and Uganda.

Data from South Africa and Mozambique, however, has confirmed Fitch Solutions muted outlook for the subregion.

Fitch Solutions finds in its Global Pulse Survey, published in May, that the biggest economic concern in the world is the sluggish vaccine rollout, which in turn dampens economic recovery.

About 31% of the survey respondents deem this the biggest risk for the world.

About 35% of Fitch Solution’s respondents expect a K-shaped recovery across the world, while 33% of respondents anticipate a continued disruption of the Covid-19 pandemic.

Almost half of Fitch Solution’s respondents expect businesses to resume with normal operations after the pandemic has been brought under control in 2022.

All the while, 93% of respondents to the survey are factoring environmental, social and governance aspects into their decision-making processes.