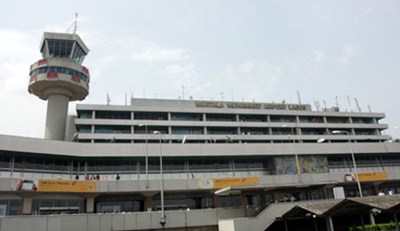 The National Association of Aircraft Pilots and Engineers (NAAPE) has said that exit of foreign airlines presents huge opportunity for local players to expand their businesses.

The Association has therefore urged the federal government to see it as an opportunity to empower the local carriers to fill the vacuum created by the exodus.

The president of NAAPE, Mr. Isaac Balami who stated this while doing an overview of developments in the aviation sector said more foreign airlines would likely leave the country because of the adverse economic situation.

“I see it as an opportunity for our airlines to come up; let Arik, Med-View and other airlines that want to fly international bring in powerful machines such as air buses to compete.

“Airlines must take advantage of foreign airlines pulling out of the country to step up their game and government must encourage strong local airlines to take over their (foreign airlines’) slots and before they come back we have already taken our shares,” he said.

Commenting on the domination of the country’s aviation sector by foreigners, Balami called for the enactment of a law to protect indigenous pilots and engineers.

He further said the absence of a maintenance, repair and overhaul (MRO) facility “has negatively affected the operations of airlines in the country.”

However, he expressed the hope that the hangar at the Ibom International Airport, Uyo would soon come on stream saying arrangement had been made to put it into use.

Balami stated that Nigerian engineers can carry out A, C, D-Checks on aircraft but the “absence of the facility has affected their performance” and called on the government to support the MRO project.

On the bail out of airlines, the NAAPE president called on the government not to give money to any airline operator.

Instead, Balami urged the federal government to make aircraft available to the airlines to lease.

“Don’t give airlines money. If you want to help airlines, give them aircraft; lease planes to them to compete with other world airlines. Let the airlines have access to good aircraft, spare parts and let aviation fuel be made available because even if you give them 50 brand-new planes without aviation fuel price resolved, they will still go down,” he added.