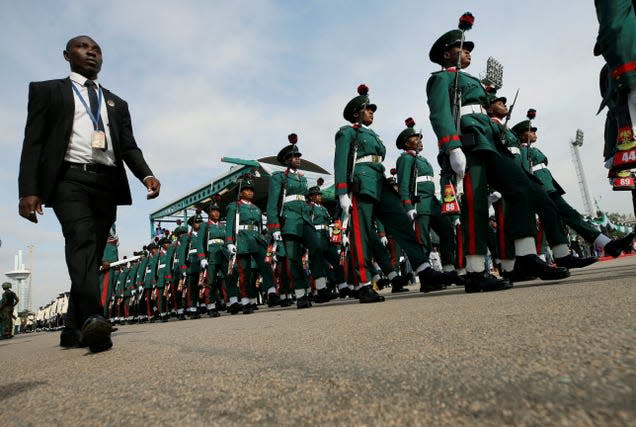 Foreign diplomatic missions in Nigeria are sounding alarms over heightened risks of terror attacks in Abuja, the capital city. Security alerts from the US, British, and Australian governments have warned of possible hits on public places including government buildings, shopping malls, hotels, and transport terminals.

“There’s an increased threat of an attack in Abuja. We continue to advise you should reconsider your need to travel to Nigeria,” the Australian foreign affairs travel advisory service said on October 24. “Avoid all non-essential travel or movement,” the US embassy’s statement in Abuja said.

Residents of the capital have been on higher alert since July after a raid at a 900-inmate prison led to 440 suspected Islamist insurgents breaking free. Those who escaped were thought to be affiliated with the Islamic State as the group claimed responsibility for the jail break. Analysts point to this and other attacks in and around Abuja as necessitating the security alerts of this week’s nature.

Abuja has been bruised by terror groups before

Recurring US alerts in particular underscore the sense that possible terror attacks in Nigeria’s capital are “more than a threat to Nigerian interests but to US homeland security,” says Adewunmi Emoruwa, lead strategist at Abuja-based Gatefield consultancy.

“On these issues, the credibility of the US intelligence community has been proven, and the decision to go public with such information represents a heightened risk, as portrayed in the statement,” Emoruwa says.

Terror attacks in Nigeria have mostly happened in the northern region where Boko Haram and militant insurgents affiliated with the Islamic State have partly held territory over the past decade and a half. Borno, where school girls were Kidnapped in 2014, is 500 miles from Abuja.

But the capital has had its share of attacks, notably in 2011 with the bombing of a United Nations building, and three years later when explosions rocked a bus terminal killing 88. Seyi Adetayo, a Nigeria-based security analyst, says terror groups appear to be finding a move to the country’s center appealing after the Nigeria government’s fairly successful combat against insurgency in the northeast and northwest.

Security alerts, especially that of the US, come as Abuja becomes the take off stage for increased campaign activity ahead of presidential elections next February.

Often a sleepy metropolis undisturbed by the traffic problems in denser places like Lagos, Abuja has battled other unsettling challenges this year, particularly a grueling fuel scarcity crisis that has seen many parts of the city dotted by long overnight queues at gas stations. Nigeria’s historic 20.8 per cent inflation has also raised the prices of consumer commodities, squeezing its working class most of whom live far from the government business districts.

Terrorism, with its potential for mass casualty, could upset Nigeria’s center in more dramatic ways that economic distress. But the measures that may be put in place to avert it will add to prevailing frustration.

“Businesses will definitely bear the brunt,” Emoruwa says, noting that areas that have been historically attacked will see less foot traffic with more security checkpoints in store. “We expect the Nigerian government to mitigate these risks and avert the planned attacks.”