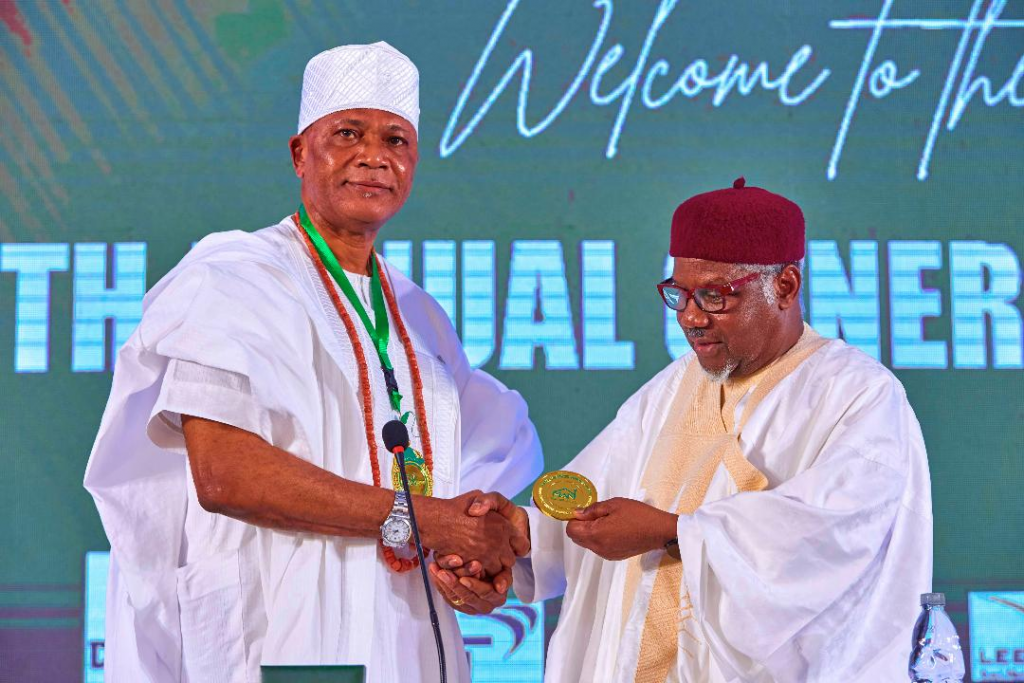 This followed the completion of the highly successful four-year tenure of Engr. Mansur Ahmed, OFR.

The election of the new President took place during the 50th Annual General Meeting of the foremost business membership association held on Wednesday, October 19, 2022 in Lagos.

The MAN, is an advocacy group with a vision “to be the key driver for Industrialization, sustainable Economic Growth and Development in Nigeria” and was established in 1971 as an umbrella Organization to protect and project the interest of manufacturing industries in Nigeria. It is a focal point for communication and consultation between industry on the one hand, and the government and general public on the other.

Newly elected President, Otunba Francis Meshioye, is Executive Director, JMG Limited and some other business corporations, amongst which are, JMG Power Generators Limited, Jamara Operations Limited, Octopus Microfinance Bank and ET & F Investment Ltd. He is on the board of government parastatal and member of several government Committees.

The newly elected President, Otunba Francis Meshioye will bring his wealth of experiences in the Management of Corporate organisations to bear on the leadership of over 2,500 membership organization.

Meshioye is currently a Council member, Institute of Chartered Secretaries and Administrators of Nigeria (ICSAN). He has served as the Institute’s Treasurer, Chairman, Remuneration Committee and Chairman, Lagos State. He is also a member, Society of Company and Commercial Accountants (UK); Association of National Accountants of Nigeria (ANAN); Institute of Chartered Secretaries and Administrators (UK); Association of Investment Advisers and Portfolio Managers as well as Chartered Institute of Taxation of Nigeria.

He is an Alumnus of the Prestigious Federal University of Technology, Akure (FUTA) where he obtained Masters degree in Business administration (MBA) in Technology, Marketing and Business Strategy. He also holds a Master’s Degree in International Management as well as a Law Degree, both from University of Liverpool, England.