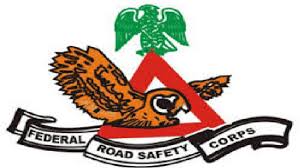 As Political Parties intensify campaigns for the fast approaching 2023 General Elections, the Corps Marshal, Federal Road Safety Corps, FRSC, Dauda Ali Biu has for the umpteenth time cautioned all road users, including campaign convoy drivers to as much as possible avoid speeding, recklessness on wheels and drive in conformity with established road traffic regulations so as to avoid incidences of road traffic crashes.

The Corps Marshal stated this while reacting to the series of crashes that have occurred since the commencement of the electioneering campaigns involving political party convoys and other convoys which has led to preventable loss of lives.

Dauda Biu registered his dissatisfaction while stating that despite repeated warnings, cautions and appeals that the Corps has made to these drivers, they still violate established laws, drive against speed limit and engage in reckless driving behaviours that are in total contradiction to best road use practice.

He however also appreciated the orderly manner with which some of the motorists conducted their political engagements in strict adherence to road traffic rules.

According to him, the Corps is determined to entrench ease of movement and safety for vehicular and human traffic as Commanding Officers have been directed to enhance visibility of patrol teams in identified strategic locations.

Part of the efforts the Corps has put in place include the deployment of more operational vehicles and manpower to combat envisioned traffic gridlocks that would be occasioned by series of political activities geared towards the oncoming general elections.