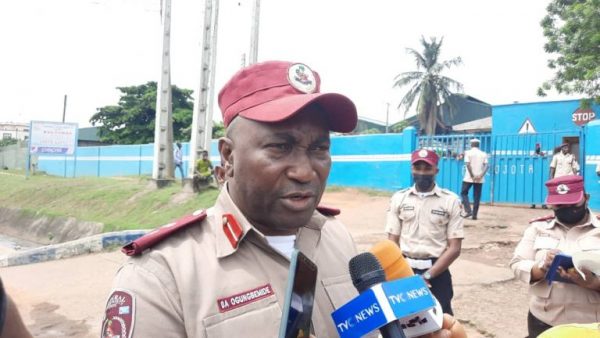 The Federal Road Safety Corps (FRSC) has inaugurated quick response power bikes in Lagos State to minimize death on the highways, especially during the ember months and beyond.

The Lagos Sector Commander, Olusegun Ogungbemide, dropped the hint during the 2021 World Remembrance Day for road Traffic Victims, held in Lagos on Tuesday.

The sector commander noted that the initiative was to enable FRSC to respond timely to crashes in view of the peculiar constant gridlock in Lagos.

He said: “We cannot compromise lives of residents as a result of gridlock and the best way is to get to the crash scene as early as possible.

“In the past, we have realised that gridlock had done so much damage to issues of assisting crash victims.

“However, with this response unit of power bike, under five minutes the rescue responder will be able to meander through the traffic to the scene.

“The two things to be achieved for establishing this unit are, to alleviate the pain and also to manage traffic, while we await the larger rescue team.

“The power bike first aid rescue unit will go a long way in sending signals to the victims, while waiting for the larger rescue teams,’’ he said.

Ogungbemide stressed that many lives, injuries and bleeding would be saved and stopped on time with the introduction of the rescue unit.

He urged stakeholders to support the efforts of the Corps Marshal, Dr Boboye Oyeyemi, who had provided the unit with some power bikes and other equipment.

Achunine said that crash victims needed support and life saving intervention, adding that 80 per cent of victims who had benefited from their support survived death as a result of quick response.

He commended the FRSC for establishing the unit and pleaded with Nigerians to make provision for more bikes and other equipment in ensuring that accident victims access quick response.

Balogun said that Gov. Babajide Sanwo-Olu would support FRSC with tools to enable Lagos residents get quick responses when involved in traffic crashes.

Also speaking, the Commissioner for Transportation, Dr Frederic Oladeinde, who was represented by Director, Vehicle Inspection Officer (VIO), Mr Akin Fashola, said the ministry would continue to collaborate with FRSC and urged Nigerians to take cognizance of their safety.

In his welcome address, the Deputy Corps Commander, Mr Cyril Matthew, said that the Unit would help in enhancing response time to minimize death on the highways during the Ember months and beyond.

Matthew stressed that the unit was also established to ensure speedy and easy accessibility to crash and breakdown scenes for timely administration of First Aid and evacuation of victims and traffic management in order to prevent degeneration of situations.

He said that every third week of November was adopted by the United Nations General Assembly Resuscitation 60/5 and was launched by the World Health Organisation (WHO) in December 2018 to remember road traffic crashes.

Matthew, quoting WHO,  said: “The number of traffic deaths as at 2018 has reached 1.35 million, annual road traffic injuries are now the killer of people between five to 29 years.’’