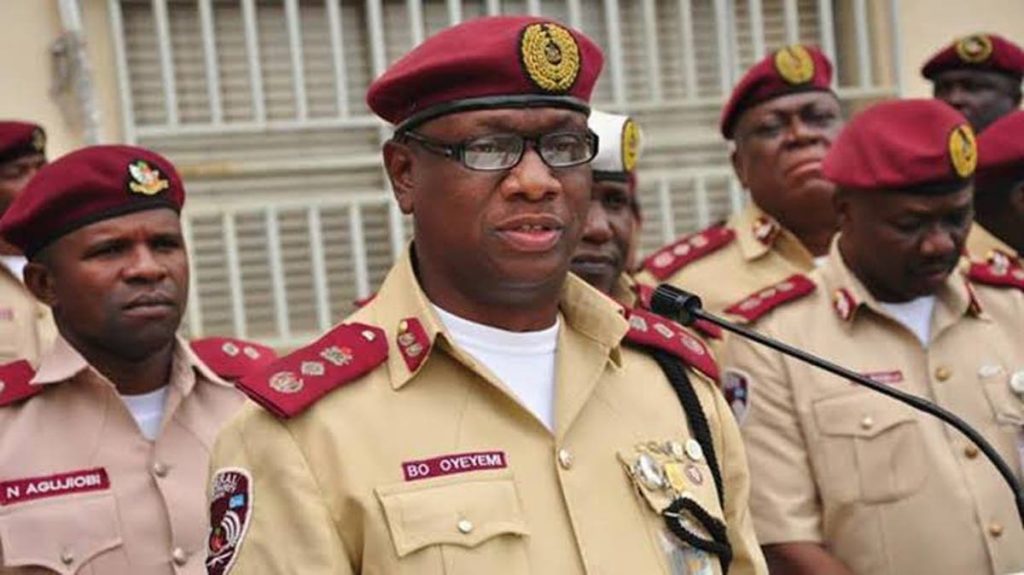 The crash involved  six (6) occupants with one killed while two male were confirmed injured, the injured has been taken to the hospital for treatment while the driver of the Mack 20ft containerized truck flee the scene before the arrival of rescue teams.

The combined team of FRSC, LASTMA and rescue team from LASEMA has evacuated all crashed vehicles from the scene.

The Sector Commander FRSC Lagos Sector Command Corps Commander Olusegun Ogungbemide said he has directed the investigation into the cause of the crash, while the driver who flee the scene of the crash will be apprehended and prosecuted once the owner of the truck is identified.

He confirmed that a total of 3298 trucks and articulated vehicles have been apprehended for various offences since the beginning  of this year.

He reiterated that there is no backing down on battles against vehicles without minimum safety standard on Lagos road.

He commiserate with the family of the Deceased and wish the injured quick recovery.

He also advises all truck owners to always maintain their vehicles while other motorists are charged to always obey all traffic rules and regulations.

In case of emergency, motorists are enjoined to call FRSC Toll free number 122 for prompt rescue and removal of obstructions.