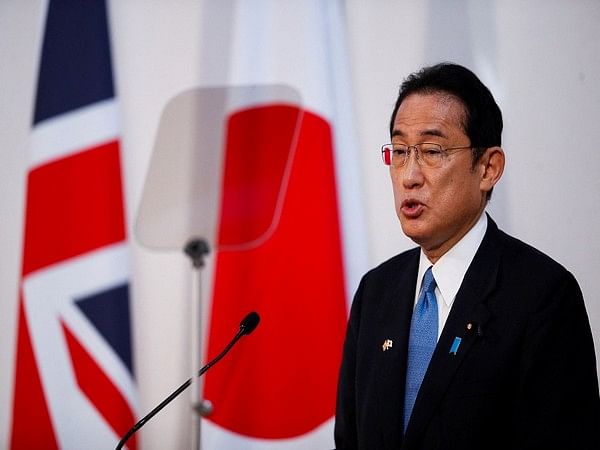 The G7 club led by the United States have agreed to phasing out its dependency on Russian oil and issued a scathing statement accusing President Vladimir Putin of bringing “shame” on Russia with his invasion of Ukraine.

The statement from the Group of Seven, France, Canada, Germany, Italy, Japan, Britain and the United States, however, did not specify exactly what commitments each country will make to move away from Russian energy.

But it was an important development in the ongoing campaign to pressure Putin by crippling Russia’s economy, and underscores the unity of the international community against Moscow’s actions.

“We commit to phase out our dependency on Russian energy, including by phasing out or banning the import of Russian oil. We will ensure that we do so in a timely and orderly fashion, and in ways that provide time for the world to secure alternative supplies,” the joint statement said.

“This will hit hard at the main artery of Putin’s economy and deny him the revenue he needs to fund his war,” the White House said.

The announcement came as the G7 held its third meeting of the year on Sunday via video conference, with Ukrainian President Volodymyr Zelensky participating.

The West has so far displayed close coordination in its announcements of sanctions against Russia, but has not moved at the same pace when it comes to Russian oil and gas.

The United States, which was not a major consumer of Russian hydrocarbons, has already banned their import.

But Europe is far more reliant on Russian oil. The European Union has already said it is aiming to cut its reliance on Russian gas by two-thirds this year, though Germany has opposed calls for a full boycott, with member states continuing intense negotiations Sunday.

The G7 also slammed Putin personally for his actions in Ukraine.

The Russian president’s “unprovoked war of aggression” against its Eastern European neighbor has brought “shame on Russia and the historic sacrifices of its people,” the group said in its statement.

“Russia has violated the international rules-based order, particularly the UN Charter, conceived after the Second World War to spare successive generations from the scourge of war,” the statement continued.

The date of Sunday’s G7 meeting is highly symbolic: Europeans commemorate the end of World War II in Europe on May 8.

Sunday’s meeting also comes on the eve of the May 9 military parade in Russia, which marks the Soviet Union’s victory over Nazi Germany.

Washington also announced a new round of sanctions against Russia in a White House statement on Sunday, focusing on two major areas: the media, and access by Russian companies and wealthy individuals to world-leading US accounting and consulting services.

“US companies should not be in the business of funding Russian propaganda,” said a senior White House official who requested anonymity, stressing that these media were directly or indirectly controlled by the Kremlin.

Another line of attack by Washington: banning the provision of “accounting, trust and corporate formation, and management consulting services to any person in the Russian Federation,” according to the White House.

Those services are used to run multinational companies, but also potentially to circumvent sanctions or hide ill-gotten wealth, the White House official said.

The official stressed that while the Europeans had the closest industrial links with Russia, the United States and the United Kingdom dominated the world of accounting and consulting, notably through the “Big Four” the four global audit and consulting giants Deloitte, EY, KPMG and PwC.

Washington has also announced new bans on the export of American products to Russia, covering a range of capital goods from bulldozers to ventilation systems and boilers.

The United States announced on Sunday that it would impose visa restrictions on 2,600 Russian and Belarusian officials, as well as sanctions against officials of Sberbank and Gazprombank.