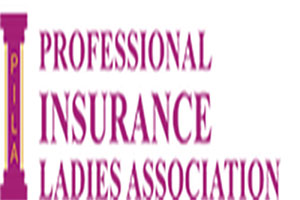 The Professional Insurance Ladies Association (PILA) is seeking gender parity premised on equitable opportunities distribution as a viable pathway to growing the African economy following the devastating of COVID-19.

According to the group, estimates suggest that gender parity overall has the potential to boost global gross domestic product (GDP) by between $12 trillion and $28 trillion between now and 2025.

Speaking at the Women In Insurance side event hosted by PILA at the 47th African Insurance Organisation (AIO) Conference, with the theme, ‘Women Collaborating for Africa’s Economic Growth’, Dr Abiba Zakariah, the Chief Operating Officer, WAICA Re, charged Women to recognise and acknowledge their strenght by redefining “our objective from ‘gender equality’ to ‘playing our role’”.

Zakariah, observed that women, over and above their income-earning activities, are central to the household economy and the welfare of their families which often remains unseen and unaccounted for in GDP. “It has been shown that national economies lose out when a substantial part of the population cannot compete equitably or realize its full potential.

On changing the world’s perspective from being the weaker vessels, the WAICA Re boss advised Women professionals to be intentional about fixing our economies and thus earn respect and acceptance as partners in development.

Earlier during her welcome address, the President of PILA, Mrs Joyce Ojemudia, who doubles as the MD/CEO of African Alliance Insurance thanked the Chairman of the Organising Committee,  Mrs Ebelechukwu Nwachukwu and indeed the entire AIO Council; for integrating the PILA AFRICA Workshop into the AIO Conference. She further thanked the past President of PILA, Dr Tonia Smart, for her groundbreaking efforts in scaling PILA across Africa.

The highpoint of the event was the presentation of an award of honour to the outgoing Secretary-General of the AIO , Ms Prisca Soares. Aptly described as an amazon of the African financial services industry Ms Soares was honoured for being a pillar of strength and beacon of hope for women professionals in particular and indeed, every professional across gender, in general. A tearful Ms Soares was full of praises for the leadership of PILA and thanked the association for finding her worthy of the honour.

PILA Africa is an initiative of PILA Nigeria aimed at unifying and presenting a scalable platform for women in insurance across the continent.