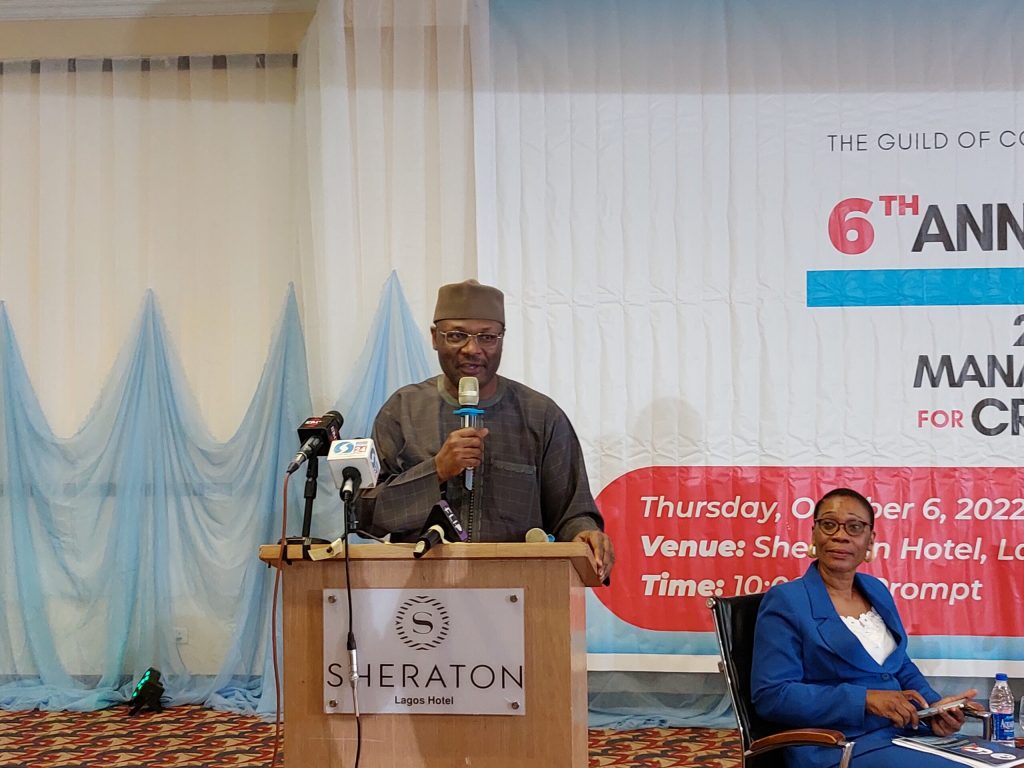 Nigerians have not had this sought of relief following months anxiety beginning with Continuous Voter Registration Exercises, CVR, its extension and massive turnout across the country as well as wide spread violence culminating in torching of assets of the Independent National Electoral Commission, INEC, nationwide.

Also, reported killing of its personnel in some cases created more panic in the minds of people who have expressed apprehension as to whether the INEC could be bold enough to conduct credible elections in 2023.

However, the 2022 conference of the Guild of Corporate Online Publishers, GOCOP on the 6th of October in Lagos, drew participation from key government institutions, international organizations and security experts where fundamental issues regarding conduct of the elections were technically addressed and the tension among the voting public were assuaged.

First, taking the edge off the tension was the Chairman of INEC, Moahmood Yakubu, in his carefully chosen words during his remarks when he declared before an overcrowded conference hall of Sheraton Hotel, by saying, “I wish to restate once again the commitment of INEC to credible elections. Votes will continue to count and will be the sole determinant of electoral outcome.

For this reason, the Commission has introduced many new innovations, supported by the deployment of appropriate technology, to protect the sanctity of the choice made by Nigerians at the polls ranging from voter registration to voter accreditation and result management.”

He further disappointed recalcitrant politicians who may have been plotting to resort to the old fashioned rigging pattern when he disclosed that, “The deployment of the Bimodal Voter Accreditation System (BVAS) with its dual fingerprint and facial biometric accreditation process has ensured that only genuine voters are accredited to vote during election.”

He went further to state, “This has curtailed the incidence of multiple voting and other sharp practices associated with voter accreditation during elections. The BVAS has come to stay and will be the only means by which voters will be accredited in the 2023 General Election.”

According to him, Furthermore, the introduction of the INEC Result Viewing (IReV) Portal has made the result management procedure more transparent. Polling Unit results are now uploaded in real-time to the IReV portal for public view. This has enhanced the transparency, credibility and consequently public confidence in the outcome of elections. The IReV has come to stay and polling unit results will be uploaded to the portal in real-time in the 2023 General Election.

As campaigns commence, he reminded political parties and candidates that only last week, they all signed the Peace Accord organised by the National Peace Committee (NPC) in which they committed yourselves to peaceful electioneering campaign and therefore urged them to be guided by the letter and spirit of the Accord.

On the part of the Commission, he said INEC, will pay particular attention to the conduct of parties, candidates and their supporters, adding, “As a regulator, the Commission will play its role to ensure compliance with the provision of the law as well as our guidelines and regulations. We will pay particular attention to peaceful campaign devoid of abusive, intemperate and slanderous language as well as the use of innuendoes or insinuations likely to provoke a counter-reaction resulting in the breach of the peace. Similarly, we will pay special attention to the observance of limits on party and candidate finance. I urge political parties and candidates to carefully study the provisions of the Electoral Act 2022 and familiarise themselves with their obligations as well as the penalties under the law.”

Continued Yakubu, “As you are aware, election is a multi-stakeholder activity. As the Commission is doing its best to ensure a credible process, we also appeal to the media for continuous partnership. Managing the electoral process for credible outcome is the responsibility of all of us. As campaign activities get underway, the media will continue to play an important role. A lot of the activities will take place in the media of which the new media is a critical player. We must continue to work together against the spread of fake new, misinformation and disinformation that seek to create or exacerbate tension or de-legitimise processes and outcomes.”

He called on GOCOP to lead a network or alliance of stakeholders to curb fake news engineered by unpatriotic individuals, stressing, “Fake news is a threat to national security and all hands must be on deck to check it. Managing this process requires in part, concerted efforts. We have noticed that your members have so far steered clear of fake news.

“We urge you to do more. GOCOP should come out strongly in the battle against fake news which is clearly a challenge to the electoral process going forward. We are happy to note that you have your peer review mechanism using your leaders to regularly remind every member of the need for credible journalism. This is highly commendable. We urge you extend this beyond GOCOP to serve as a bulwark against the menace of fake news.”

He commended GOCOP for choosing “2023 Elections: Managing the Process for Credible Outcome” as the theme for this year’s conference. This is most appropriate for a number of reasons.

Yakubu said First, the 2023 General Election is fast approaching. It is now 141 days to Election Day. Polling Units will open at 8.30am on Saturday 25th February 2023 for national elections (Presidential and National Assembly) and same time on Saturday 11th March 2023 for State elections (Governorship and State Assembly). Secondly, campaign in public by political parties officially commenced eight days ago on Wednesday 28th September 2022.

Therefore, the tempo of political activities has increased as parties, candidates and their supporters commence campaigns, rallies, processions and media advertisement to canvass the support of the electorate. Thirdly, the Commission has published the final list of 15,322 candidates for the General Election contesting for 1,491 seats (one Presidential, 28 Governorship, 109 Senatorial, 360 House of Representatives and 993 State Assembly constituencies).”