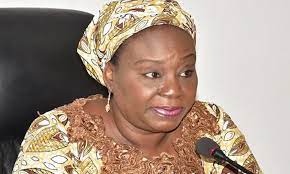 Some insurance companies in Nigeria have been accused of not showing enough commitment towards releasing death benefits of deceased civil servants.

Head of the Civil Service of the Federation, Dr Folasade Yemi-Esan, who made the disclosure said some insurance companies have not paid death benefits of deceased civil servants in the past few years, thereby frustrating the government efforts after fund has long been released..

Yemi-Esan, during a meeting with underwriters of Group Life Insurance Policy for federal civil servants in Abuja on Tuesday, said while the federal government is working tiredlessly to ensure swift release of funds, the insurance companies are holding unto them.

She said, “The federal government is doing its best to improve the welfare of families of deceased workers through the prompt release of funds for the payment of death benefits, the underwriters and brokers are frustrating the efforts by their unserious attitude.”

According to a statement signed by Abdullahi Ahmed, Deputy Director, Communications, Office of the Head of the Civil Service of the Federation, the meeting was necessary to bridge the gap that exists between underwriters and brokers as it was unreasonable to continue doing the same thing repeatedly without achieving meaningful result.

“If the brokers are no longer relevant, then they should be blacklisted,” she added.

She informed them that payment of insurance claims is not rocket science, stressing that the Office of the Head of Service performs a similar function by settling a backlog of claims not covered by the present arrangement, seamlessly.

She therefore called on the brokers to help improve on their service delivery as there is always room for other alternatives.

In his remarks on behalf of the underwriters, the Lead Underwriter and CEO of Old Mutual (Nig.) Ltd., Mr Segun Omosehin thanked the Head of Service for her concerns and show of outright displeasure with their low performance.

He made a firm commitment to support the Head of Service by doing the needful to bridge the gap existing between the Underwriters and the Brokers, which he identified as the major issue responsible for the late payment of claims to families of departed civil servants.