GOVERNOR ADEMOLA ADELEKE: ONE MONTH AFTER 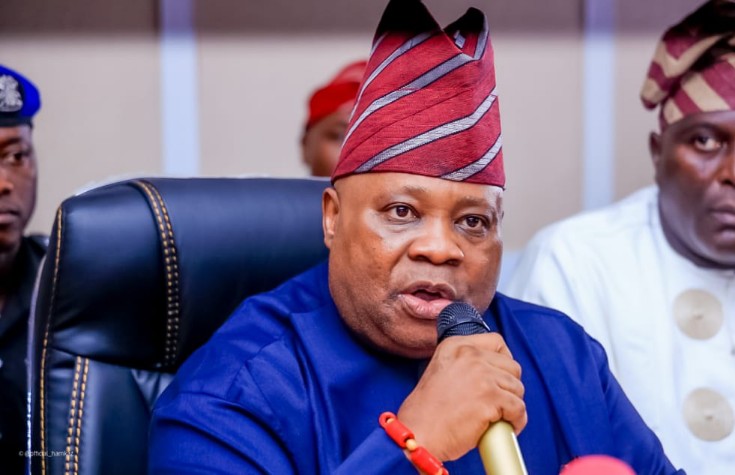 Assuming office under a very hostile environment can be quite challenging. For Governor Ademola Adeleke, the battle for the Governorship did not end with winning on July 16th; the war extended till the Inauguration day on November 27th.

Overcoming the odds to rejig the system and set a new tone for governance were hurdles the Governor crossed with such ease. The state has been returned to the people under a very open government leader. From November 27th till date, many positive things happened and more are still coming.

A critical milestone was the dismantling of the bobby traps the former government elaborately planted. If Governor Adeleke had not acted smartly, if the Governor had demonstrated weakness, Osun state would by now be in deeper mess. The former Government had structured a caging formula under which the new government would be imprisoned for the next few years. The new Sheriff in town waded in with strong political will, uprooting the landmines and deploying legally compliant executive orders and committee system. The result is that today, the state has returned to normalcy, the evil plot of men of yesterday thwarted with deft executive actions.

Second major development is the enforcement of transparency in governance process. For the first time, Osun people now know the level of state debt reaching close to Five Hundred Billions naira. The new Governor made a public disclosure which is very unprecedented in the history of Osun state. A culture of secrecy and cover up serving selfish people and denying the state of development fund were halted. Tradition that provides cover for pilfering of state assets was reversed. The law now takes its rightful place in State administration.

Within this short period, the administration launched in-depth discreet reform of the state civil service. From a service that was largely bastardised and politicised, a new helmsman was installed, Mr Samuel Aina who has done a lot to reposition the service. The civil service is regaining its virility and merit is elevated as the guiding principle of state governance. The State Governor also granted independence and free hand to the service, insisting all the time that public service regulations must be complied with. A professionally managed public service is a strong vehicle for delivering on good governance.

Instead of allowing the state to go up in flame as some elements had plotted, the Governor engineered another unusual feat in partnership with the House Speaker, Timothy Owoeye. Both arms of government forged a united front in support of good governance. This is a huge attainment considering the election battle and party differences between the two arms. Governor Adeleke affirmed that he is Governor of all Osun people irrespective of party affiliations.

As the house keeping and clearing are ongoing, the new State leader is multi-tasking, launching a 100 days agenda touching on critical sectors of the society. The ambitious plan is already under implementation within the context of the administration’s five point agenda, covering heath and school rehabilitation, water provision, road rebuilding and great work on tech innovations and digital agenda. As the day progresses , Osun people will see the manifestation of the 100 days programmes to be followed by subsequent deliverables.

The State is on a new trajectory of accountability and good governance. The last 30 days witnessed ongoing reform of the solid mineral sector, review and reform of the revenue sector, a new agenda on transport management system for Osun state and a new action plan to tackle the environmental challenges facing the state. What is more, diverted state assets are being recovered and revenue leakages are being blocked. New investment inflow are being worked on and new project implementation template to empower local entrepreneurs are being put in place.

Osun State is on the right path to recovery and restoration. To those calling for protection of looters of yesterday, building on corrupted foundation is a disservice to the great people of Osun state who elected and embraced light over darkness.

• Rasheed is the Spokesperson to Governor Ademola Adeleke.