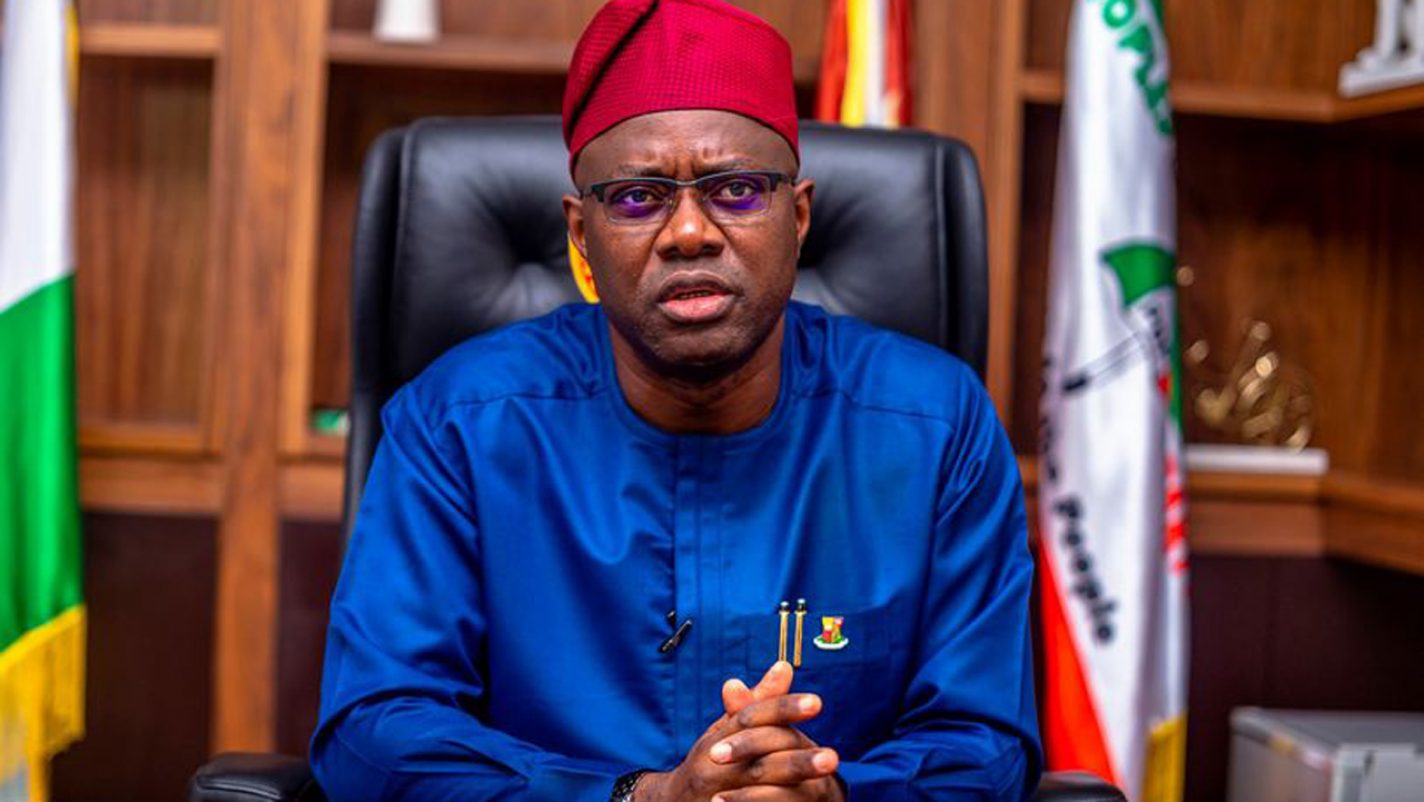 Oyo State Governor ‘Seyi Makinde, has declared that the ranking of the state as seventh in the States’ Internally Generated Revenue, IGR, Index by the National Bureau of Statistics (NBS) for the first two quarters of 2021 did not come as a surprise, adding that the development was as a result of hardwork.

He also noted that the leap in IGR is the manifestation of his administration’s pragmatic approach to governance since May 2019.

Makinde, said that the administration’s commitment to turning Oyo State into an economic and investment hub, as well as the bold initiatives to encourage the ease of doing business, transform the agriculture and infrastructure sector, and ensure adequate security, were the pillars behind the state’s leap on the IGR index.

Makinde said his administration would not relent in its determination to expand the economy of the state and improve its finances, maintaining that his government would continue to be bullish in its approach to expanding the state’s economy, which is in line with his commitment in the Roadmap for Accelerated Development of Oyo State,  2019-2023.

He said that agribusiness and infrastructure development to target the economy would continue to receive priority attention.

With the information made available in the report, Oyo State ranked third among states with highest IGR in the South-West, coming behind Lagos and Ogun States.

The report equally showed that the revenue area where most of South-West states got the highest revenue was Pay As You Earn (PAYE), with Lagos generating N152.7 billion while Oyo State came second with N18.6bn, indicating the strength of the manpower in the states.

Commenting on the data, the Commissioner for Budget and Economic Planning, Prof. Musibau Babatunde, maintained that the ranking of the state on the half-year NBS report reflected the economic realities in the state, where several business-friendly policies of the Governor Makinde administration have resulted in more investments.

He explained that the prompt payment of salaries and pensions, as well as the massive completed and ongoing infrastructure development projects and investments on improving security, which have brought positive improvements to the business environment, have all played huge roles in the state’s improvement on the IGR index.

“You would also recall that on assuming office, Governor Makinde made it clear that his administration would lay a solid foundation for the economic development of the state and with a solid structure in place, it would progressively improve the finances of the state.

“What you are beginning to see is the practical manifestation of the policies and programmes of the government in the area of economic expansion through agribusiness and infrastructure development.

“The business-friendly policies and the introduction of several incentives to investors by the state government will no doubt culminate into more investments and thereby bring more revenues in the coming months and years. So, residents of the state can look forward to more improvements as we move on.

“The governor has always made it clear that the administration will not relent in its efforts to expand the economy of the state using the tripartite approach of developing the agribusiness sector to attract large investments, building solid infrastructure that target the economy and executive well-thought-out policies and incentives that will make doing business easy for investors.”

IMF Ranking and the Future of Banking in Nigeria