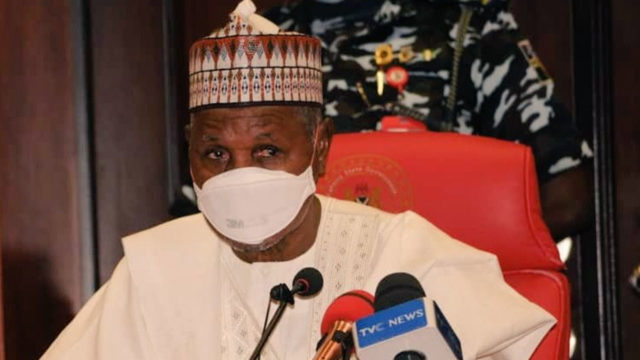 The Governor of Katsina State Aminu Masari is regretting his actions for forgiving repentant bandits as that never changed anything.

Masari, said with the recent activities of the hoodlums and information now at his disposal; he wouldn’t have granted amnesty to bandits as he did years back.

Masari said this on Channels TV Politics Today on Tuesday, September 7, while noting that he doesn’t regret his action; but previous efforts in 2016 and 2019 have obviously not yielded any positive result.

“I don’t regret it, the only thing I say is with the benefits of hindsight, I wouldn’t have done it. Because at that time when we started in 2016, there were leaders but gradually all the leaders were eliminated; that was the failure of the first round,” he said.

“The second round after the 2019 election didn’t see the light of the day. We tried but then we realised that, ‘who are you talking to?’ They are not under the same umbrella, they are not pushing for any religious belief, they are just bandits, criminals, and thieves.”

Masari, warned that bandits posed great danger to society as their mission is to steal and kill and therefore they should be treated as criminals.

The Governor said his administration is considering banning open grazing in the state but that before a law banning (cattle) roaming is enacted; provisions would be made for where the animals would stay.