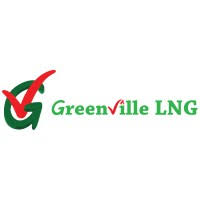 The firm made the call as it celebrates succesdful fueling of Sinoma Cargo International Nigeria Ltd,  LNG prime mover trucks at its LNG retail station in Sagamu, Ogun state.

Oriental News Nigeria, reports that the Minister Zainab Ahmed,  last week  confirmed that the federal government would spend about N3.36 trillion or ,$7.5 billion as petrol subsidy until mid-2023.

Nigeria reportedly spent N2.91 trillion ($7 billion) towards a petrol subsidy between January and September 2022, according to the Nigerian National Petroleum Company Limited a cost the government has blamed for dwindling public finances.

The company which has made significant investment in the LNG space currently uses  innovative virtual pipeline system to deliver LNG to its customers across the country with LNG-fueled trucks in support of federal governments decade of gas initiative.

Greenville LNG is the first company in Nigeria to operate its fleet of trucks/ tankers using LNG as fuel and currently operates a fleet of more than 500 trucks which are all 100 per cent powered by LNG.

The firms innovative logistics approach has improved access to clean and affordable fuel for automotive uses across Nigeria and has become a driver of the Federal Government’s Gas Expansion policy and Decade of Gas initiatives.

With five refueling stations completed and operational, and an additional 42 under construction, long haul trucks, and small vehicles in major cities in Nigeria will soon have the choice to completely switch to LNG or Compressed Natural Gas, CNG which is locally produced and a cheaper alternative than the more expensive, imported petrol or diesel.

The company hopes that the country can begin to gradually eradicate the growth-stunting subsidy with this initiative.

The price of LNG is stable as it is locally produced, which provides more control in business budgeting; unlike the price of diesel which is linked to the ever-volatile oil market, using LNG as fuel for long-haul trucking provides an economic alternative. LNG increases the lifespan of vehicle engines as LNG cannot be adulterated with external factors.

Sinoma Cargo International Nigeria Ltd. has purchased a few LNG-fueled trucks to start, and the first truck was fueled at our Sagamu LNG refueling station yesterday.

President Muhammadu  Buhari signed the 2023 budget of 21.83 trillion naira ($49 billion) into law on Tuesday after lawmakers increased the size by 6.4 per cent  and raised the oil price assumption.

“Petrol subsidy will remain up to mid-2023 based on the 18-month extension announced early 2022,” Ahmed said.

Buhari said in October that the country would stop the petrol subsidy in 2023, when he steps down after Nigerians vote for a new leader in February.

Successive governments in Nigeria have tried and failed to remove or cut the subsidy, a politically sensitive issue in the country of 200 million people.

Inefficient use of resources is constraining Nigeria’s development goals, the World Bank has said, urging the country to remove subsidies on petrol, electricity and foreign exchange that mostly benefit wealthy households.