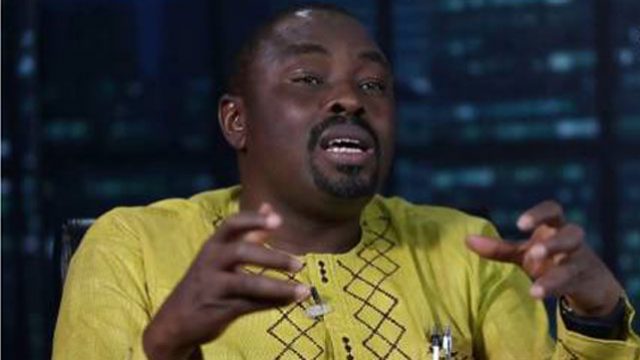 The Chairman of Human and Environmental Development Agenda, (HEDA Resource Centre), Mr Olanrewaju Suraju, has filed a Notice of Preliminary Objections at the Federal High Court, Abuja, seeking to quash charges of cyberstalking proffered against him by Mr. Abubakar Malami

Former Minister of Justice, Bello Adoke, one of those accused of and charged with fraud in the OPL245 scam, also referred to as Malabu scandal, had petitioned the police, accusing those behind petitions resulting his prosecution for corruption and money laundering of circulating fabricated evidence against him to unduly incriminate him in the multi-million dollars scandal.

However, HEDA and Mr Suraju, have denied any wrongdoing in a series of statements issued on the matter, stating that the items they accused of fabricating featured as exhibits in the Malabu Oil scam trials in London and Milan, Italy.

The federal government, through the office of the Attorney General of the Federation, Abubakar Malami  recently filed a four-count charge in a suit marked FHC/ABJ/CS/370/2021, accusing Suraju of using his social media handles as well as emails and audio interviews to circulate false information on Adoke.

But in a preliminary objection to the suit against him, Suraju, through his counsels, M.A. BANIRE & Associates led by Dr. Muiz Banire, SAN, sought the dismissal of the suit, stating that the Court lacks  jurisdiction to entertain the charge against him.

Among grounds for objections to FG’s suit include, “No court has jurisdiction to embark on trial for, and no person can be charged with or tried for an offence not contained in a written law or that does not otherwise constitute an offence at the time of its commission;

“The charges filed against the Defendant/Applicant do not disclose any offence contained in a written law; by the provisions of Section 36(8) & (12) of the Constitution of the Federal Republic of Nigeria, 1999 (as amended), the jurisdiction of this Honourable Court to arraign a defendant over a charge is activated by disclosure of an offence known to a written law.

“Section 36(12) of the 1999 Constitution of the Federal Republic of Nigeria (As Amended) (hereafter simply referred to as the Constitution) protects the Applicant from being prosecuted or convicted for an offence not set out in a written law.”

The objection also stated that, “This Charge brought pursuant to Section 24 of the Cybercrime (Prohibition, Prevention, etc.) Act, 2015 violates the 1999 Constitution and the African Charter on Human and Peoples’ Rights and disregards the decision of the Ecowas Court in mandatory imperatives as set out in Suit No: ECW/CCJ/APP/53/2018;

“Engagement in media trial before service of the Charge on the Defendant/Applicant is an act prejudicial to fair trial contrary to Section 36 of the Constitution of the Federal Republic of Nigeria, 1999 (as amended); This action is an abuse of court process.”

The objection, which was to be served on the Attorney General and Minister of Justice and the Federal Ministry of Justice, also submitted that to arraign the Defendant under the present counts contained in the Charge Sheet in this matter is to charge him with an offence which is not provided for by law.

“If a defendant can only be charged with an offence provided by law, which he needs to understand in order to appropriately be arraigned, it is not possible to achieve that under a law that has been declared invalid.

“This constitutional stipulation creates a presumption of innocence in favour every person who is charged with a criminal offence and that such a person is innocent until he is convicted by a court of competent jurisdiction. We submit that the malicious publication of the charges in this action by the prosecuting Complainant has violated the provision of section 36(5) of the 1999 Constitution by negatively prejudicing this court and the pool of witnesses to be called in this case against the Applicant

“Accordingly, we urge this honourable Court to decline jurisdiction in this case and hold that, based on Suit No: ECW/CCJ/APP/53/2018, that Section 24 of the Cybercrimes Act which is the fulcrum of this action violates the provision of Article 9(2) of the African Charter on Peoples and Human Rights.”