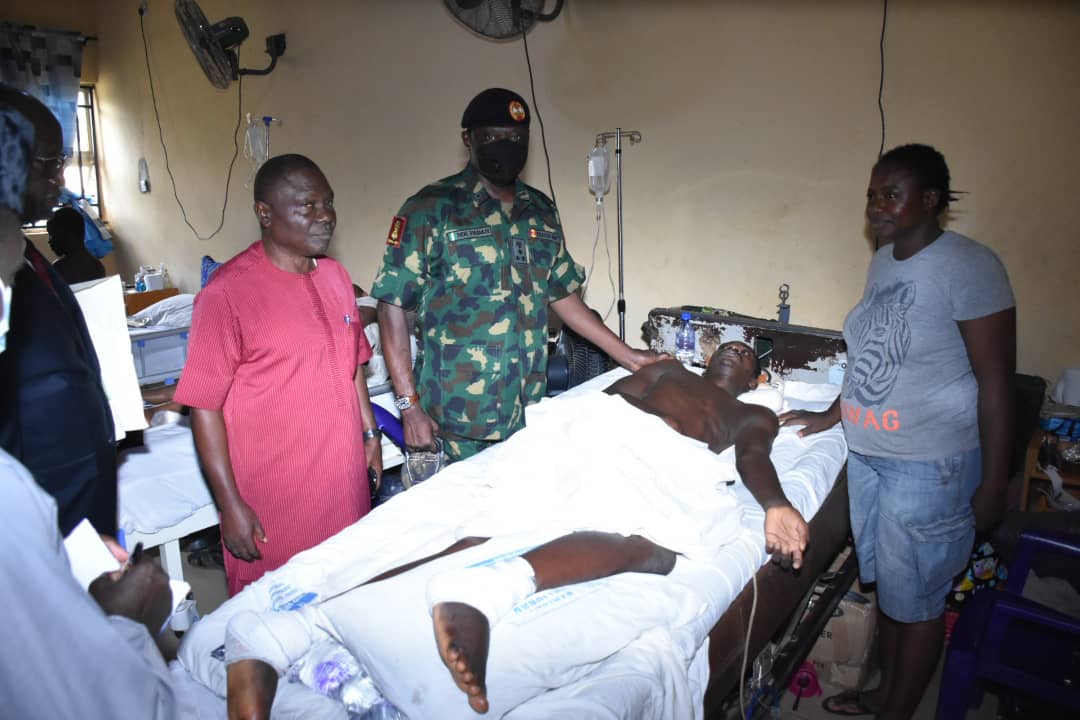 The Director General, DG, of National Youth Service Corps, NYSC, Brigadier General Muhammad Kaku Fadah, has visited Corps Member Isreal Akinbinu AK/21C/2508 who had an accident and is on admission at the National Orthopaedic Hospital in Enugu.

General Fadah, who expressed his sympathy over the unfortunate incident assured the Corps Member of the Scheme’s full support until he recovers.

He commended the Management of National Orthopaedic Hospital Enugu for giving maximum medicare to the hospitalized Corps Member who was on referral from Akwa Ibom State where he was intially deployed to before the accident.

While expressing her appreciation to the NYSC Director General for the visit, the mother of the Corps Member, Mrs Adetutu Akinbami who could not hide her feelings commended General Fadah for his favourable disposition to the security and welfare of Corps Members.

She prayed for divine protection for the Management, Staff and Corps Members.