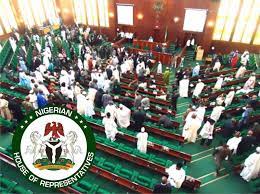 Chairman House of Representatives Committee on Capital Markets and Institutions Hon. Babangida Ibrahim, has said that the provisions of the Investments and Securities Bill recently passed by the House would inspire confidence of both local and foreign investors as they can be assured that the regulators have been sufficiently empowered to deal with malpractices that undermine confidence in the market.

Ibrahim, gave the assurance during an interview in Abuja, saying that foreign investors and market participants will also be attracted to the Nigerian market because they will have comfort in the fact that the Bill seeks to mirror standard investor-protective provisions and practices in advanced jurisdictions, which the foreign participants are already familiar with.

He stated that the current enabling law for the Nigerian capital market, the Investments and Securities Act, No. 29 of 2007 (“ISA”) was signed into law by late President Umar Musa Yar’adua in June 2007 (15 and half years ago) before the global financial crisis of 2008/2009.

Global financial regulators he said, have made major changes in their regulatory instruments following the crisis to address some of the obvious gaps that contributed to the global economic disruption of the time, adding that such global shifts and other current trends in capital markets regulation have made it imperative to make major improvements to the Act to align our market with international standards.

According to Ibrahim, the Bill seeks to repeal the ISA and introduced new provisions that empowers the SEC to collaborate with other regulatory bodies in the financial sector to manage and mitigate systemic risks as it confers new investigative and enforcement powers on the apex regulator, SEC, to effectively regulate the Nigerian capital market. It introduces the framework for regulation of new products including financial and commodities derivatives and financial market infrastructures, which are expected to lead to increased activities, and thus, deepen the Nigerian capital market.

“The Bill introduces stiffer sanctions in the form of increased fines and jail terms, which are commensurate with the severity of offences, and also serve as deterrence to potential future offenders. For instance, a jail term of not less than 10 years has been provided to address the menace of Ponzi schemes and illegal investment schemes that have caused heartache for thousands of Nigerians who have been victims of such scams. Other offences such as market manipulation, insider trading, false statements in prospectuses etc. are also subject to severe punishment.

“The Bill also contains legal framework for registration and regulation of new types of critical market infrastructures such as central counterparties, which will be responsible for managing the risks emanating from transactions in derivatives and other financial instruments, thereby ensuring the safety and integrity of our markets and boosting investors’ confidence” he stated.

The Lawmaker disclosed that Federal Government agencies, Subnational, Supranational will be able to better access the capital market for both revenue bonds and project tied bonds as the Bill now contains adequate provisions that enable both corporates and governments to issue new instruments to develop the infrastructural requirements of the country.

According to him, “The bill will generally revitalize the Nigerian capital market, as it introduces regulation of new businesses, products and services that will deepen the market while equipping the apex regulator with appropriate powers to protect the market and enforce the provisions of the Bill.

“In every sense of the word, this bill is truly a market inspired Bill. Inputs were received from all segments of the Nigerian capital market – the Securities Exchanges, Commodities Exchanges, the Central Counterparties, Capital Market Operators and Trade Associations, Chartered Institute of Stockbrokers, Capital Market Professionals such as the Legal Practitioners as well as Shareholders Associations”.