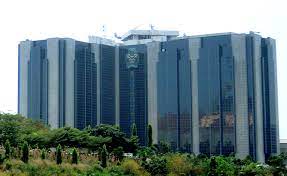 Since 2019, the global economy had faced severe shocks mostly propelled by the COVID- 19 pandemic.

Currently, the world is gradually exiting the devastating negative shocks and impact of COVID- 19 pandemic, but again the economic sanctions against Russia have further worsened the subsisting supply-chain disruptions across the globe, especially in Europe and Africa.

For instance, oil prices have been hovering above $100 per barrel over the past few months and have become a major drag to many industrialized economies of the world.

Moreso, the blockage of shipments (predominantly grains and other food items) along the Black Sea have caused significant pressures on food prices, thus, underscoring the need to diversify our economy to ensure that unanticipated negative shocks such as this does not undermine our food security and self-sufficiency.

In a dedicated plan to lift Nigeria and her economy out of these shocks the Central Bank of Nigeria, CBN, has initiated several steps geared towards improving activities in the manufacturing sector and agriculture.

Governor, of the CBN, Godwin Emefiele, at a seminar for Finance Correspondents and Business Editors on the August 27, 2022, provided insight to the Banks interventions that have helped to create buffer for critical sectors of the economy.

According Emefiele, the quest forbuilding a more sophisticated economy anchored on agriculture, MSMEs, industrial and manufacturing concerns have become the major component of the Bank’s monetary policy.

Nigeria has largely depended on the oil sector for revenue generation over the past four decades and the sustained decline in crude oil production has continued to negatively undermine the performance of the economy.

Emefiele, said there is the urgent need for a conscientious effort to diversify to other non-oil sectors and that it is important for the country to create an economy that will enable citizens feed themselves, create jobs for teeming youths and improve the standard of living of the people.

“With our population growing by over 3 per cent per annum over the past seven years, against a less than steady growth in output since 2019, expanding the production and industrial capacity of the economy must be given special attention to ensure overall macroeconomic stability.” he said.

The Central Bank of Nigeria, has taken major leaps to diversify the economy away from largely oil-based economy through our numerous interventions.

Evidently, the Apex Banks flagship Anchor Borrowers’Programme (ABP) has heralded recent rice revolution in Nigeria and has changed the long-standing dependence on imported rice as the country is not only depending on domestic production, but has now become a rice exporting country.

The Commercial Agriculture Credit Scheme(CACS) is a major special purpose vehicle to support commercial farmers in the country in different value chains including oil palm, cotton, cocoa, among others.

The Banks continued support to the manufacturing sector and MSMEs have been yielding great results as the implementation of 44 items not valid for FX for imports has revealed.

Also, it’s intervention in the health sector, has begun to reduce the health care tourism being sought outside the country which is helping to conserve our foreign exchange and improve our well-being.

In addition, the new 100 for 100 Policy on Production and Productivity (PPP), which is targeted at harnessing local raw materials to increase domestic production, as well as exports through deliberate credit and other supports, will soon begin to yield quality results, confirmed Emefiele.

Moreso, the RT200 FX initiative designed to take advantage of the  large domestic production to other regional markets is targeted to increase foreign exchange inflows to the economy and support exchange rate stability. In addition, the on-going work at the Dangote Refinery, when fully completed, will stop fuel importation just as we witnessed in cement, sugar and fertilizer market.

The Governor stated that since we live in a time when the global economy is characterized by rapid digitalisation across all sectors, particularly the financial system where Nigeria remains the leader of  innovation and out of the box thinkin and specifically in entrenching a resilient payments system, the Bank has over the years established strategic initiatives and policies in the financial sector such as the Payments System Vision 2020 (2007), National Financial Inclusion Strategy (2012, 2018), Cash-less Policy (2012), Framework for Regulatory Sandbox Operations (2018, 2021), Open Banking Initiative (2021), among others.

Under the National Digital Economy Policy and Strategy (2020 – 2030), the industry is poised to accelerate the private sector-led efforts towards building a nation where digital innovation and entrepreneurship are used to create value and prosperity for all.

Consequently, the Nigerian payment ecosystem has witnessed tremendous improvement over the years.

To consolidate its efforts towards engendering a digital economy, the Bank deployed the eNaira, Africa’s first Central Bank Digital Currency (CBDC) in preparation for the payment landscape of the future, given the potential benefits that will accrue to a digital economy.

Through the evolution of offline payments channels like agent networks, USSD, wearables, cards and near field communication technology, the eNaira would give access to financial services to underserved and unbanked segments of the population.

The eNaira platform also provides an innovative layer for products and services to be built with the aim of enhancing Nigerians’ participation in the digital economy and promote further development of a burgeoning Fintech ecosystem.

Whilst celebrating the successes achieved following the launch of the eNaira and the global recognition of the great job on-going by the CBN, Emefiele, noted that it must be acknowledged that the journey ahead requires cutting-edge innovation and out of the box thinking to achieve the set-outobjectives of economic diversification.

Consequently, out of the box solutions would be the ones that drive financial inclusion, SME growth and the creation of start-ups; facilitate cross border trades and transfers as well as international remittances and FX exchanges; ensure effective implementation of welfare-inclined government programmes; and enhance efficiency in the interbank market.