HOW I BECAME A MUSIC STAR  —– Ebenezer Obey Fabiyi 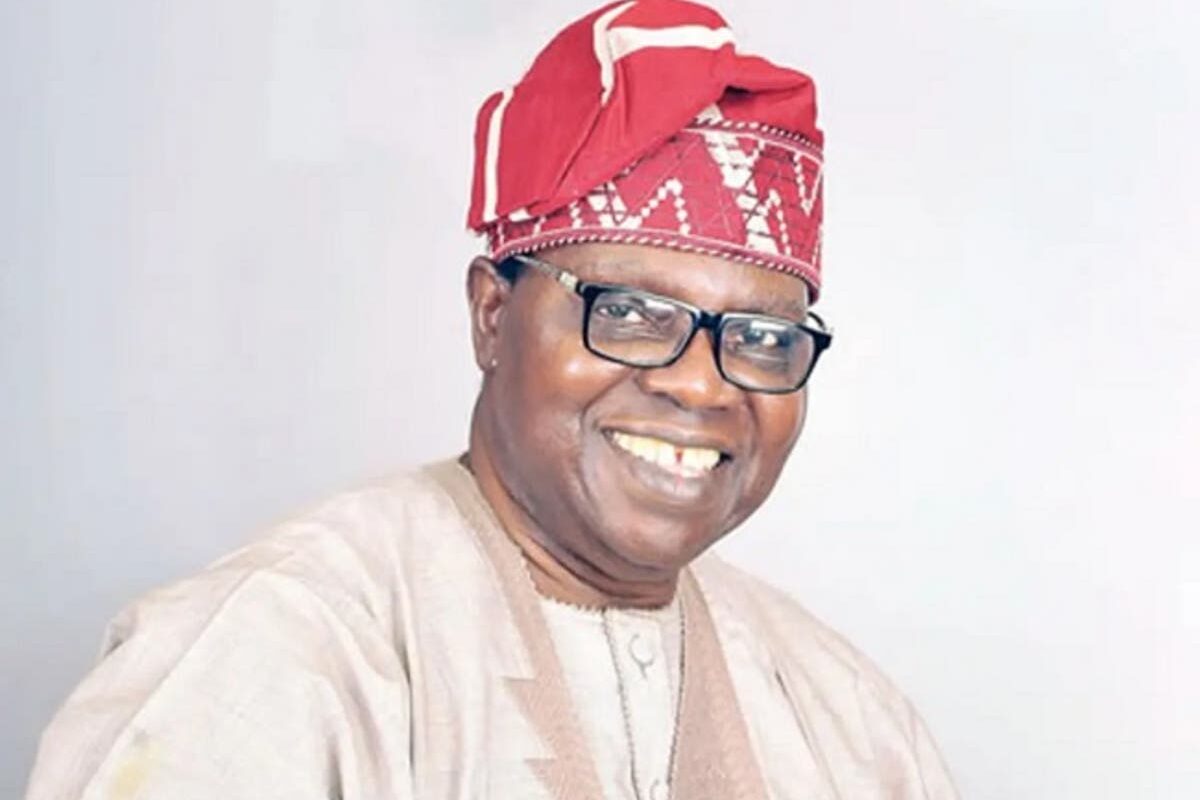 As family, friends, associates, admirers and fans from all over the world celebrate living music legend, Evangelist Ebenezer Obey Fabiyi on his 80th birthday anniversary, the celebrant has given more insight into the circumstances of his rise to stardom in the entertainment world.

According to him, his choice of music as a career was the will of God for him  and it was God who made possible all of his acclaimed achievements in the music industry and did not allow him to fade out or die in the prime of his career like many music stars in history

Looking back at his humble beginnings in the journey to stardom, he said the spirit led him from the time he was a baby and subsequently joined the church choir and the school band and then the local band in his town. As time went on he began to notice an inner inspiration or vision in him that always propelled him forward to see and take advantage of opportunities in his music adventure even without thinking of monetary or material gains.

Going down memory lane, he said: ”  I love music from the time when I used to crawl to where the drums and other musical instruments were placed in the church, then to becoming a member of the choir and then a member of the school band  and then playing music as a hobby to entertain people when we formed a local band in my town.”

Somehow, along the line, the young Ebenezer took interest in learning to play all the musical instruments available then and this was not a common practice.  Soon he achieved proficiency in all of them including the “Agidigbo”, a local instrument that many did not want to touch because of the energy and stress it exerted on the player.

Another uncommon attribute  he gained was his ability to compose songs with ease and to compose different songs that fitted various individual  occasions which left his audience excited during and after every show.

Unknown to him, God was just preparing him for the big league. As God would have it, he had to leave  his home town for Lagos to stay with his father. By the time he left Idogo, he had become a multi talented musician but it did not occur to him  to take up music as a career.

Explaining why this was so, he said: ” We were then playing music as a hobby where we entertained people for the fun of it and we would be given biscuit and cola soft drink at the end of every show. So despite my love for music, I never at the initial stage gave a thought to making a living out of it. I was working as a Pools Betting Agent on a salary of three Pounds per month.”

The opportunity to go professional came unexpectedly in a curious manner that could only have been divine. Hear him: ” An incident occurred and it changed my entire orientation which eventually launched me into a professional musician and propelled me to take up music as a career.

” One day, I was sitting in front of my father’s house in Mushin, Lagos when I saw two elderly people, whom I later knew their names as Akinbomi Savage and Jumoda Bamgbose alias Abengo Mayana. They were local musicians who were searching for a place where they could get a particular local musical instrument called Ajadudu to rent for their show. From their discussion, I knew that they had an outing that night of which the musical instrument was vital.

” With my knowledge of matters of music, I knew where they could get it and I approached them that I could help. They were at first sceptical of a young man having a huge knowledge of music and, of course, such a scarce musical instrument. They agreed that I show them the place and they eventually got the instrument.

” Eventually, they started to invite me to their night outings and I was making more money than I was being paid as a Pools clerk. There was a day I made One Pound, seven shillings  after a show, which was more than half my salary of Three Pounds per month. There was no day I returned home with less than five shillings. So money was no longer a problem and I could give to those in need.

” This was one of the key consideration that propelled me into full time music. My thought was that if I was making that much money from music shows with people every night then going professional and leaving the regular pay job would be a better option.”

He said on the first day he met Fatai Rolling Dollars, he (Obey) composed three songs while they were walking along the street and Fatai  was so impressed that he invited him to join his  group for night shows.  According tol Obey Fabiyi, ” my meeting with Fatai coincided with when he was sacked from his regular job at the railway corporation.

” I used to ‘ support him’, that is, assist him financially because I was making money from outings with the groups I have been with. Later I teamed up with him as a musical partner  though he was the owner of the band. In fact, I helped him name his band Fatai Rolling Dollars and his Rhythm Band. We blended well but six years later we separated without rancour when l decided to find a label to record.”

Obey  Fabiyi then formed the International Brothers Band and went on to approach Decca, the most popular recording label at the time to record him. The story has been told repeatedly of how the secretary to the Managing Director of the company tried to prevent Obey from seeing him and  how the then budding star argued his way to the presence of the expatriate boss and convinced him that he was a future star while asking not to be paid until the sales from marketers had confirmed his boast that the record will be a sell out and shake the market.

Indeed, the record sold very well and a star was born. With time, Obey Fabiyi became the most prominent and viable artiste on Decca Label. His fame grew boundless over the years and he later bought the company which is still operating till today under his management.

His verdict: ” When I look back, I have no doubt that my journey in life to becoming a music star was planned by God Himself.”

EBENEZER OBEY AT 80: I AM A CHILD OF DESTINY. —- Ebenezer Obey Fabiyi