Human trafficking: Group trains NAPTIP, others on use of social media 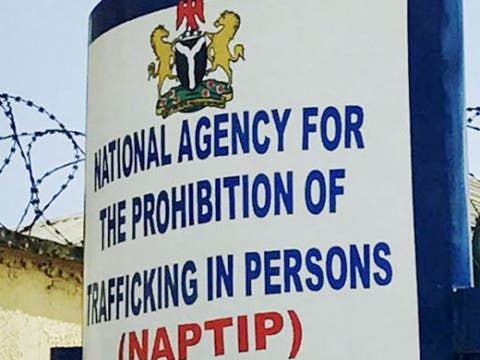 The International and Ibero American Foundation for Administration and Public Policy (FIIAAP) has commenced the training of relevant government agencies on the use of social media to combat human trafficking.

Mr Rafael Rios, the team leader of Action Against Trafficking in Persons and Smuggling of Migrants (A-TIPSOM), a European Union-funded project of FIIAAP, said this on Wednesday at the opening of a two-day workshop organised by the foundation in Owerri.

Rios, represented by the project’s Technical Advisor on Communication, Mr Joseph Osuigwe, listed the National Agency for the Prohibition of Trafficking in Persons (NAPTIP) and the Nigeria Immigration Service as benefitting agencies.

Others include the Nigeria Police Force and Civil Society Organisations.

He said that traffickers often control their victims using the social media, hence the need for counter trafficking agencies to build the capacity of their social media handlers for optimal performance.

“This workshop is an EU external action-funded project under the 11th EDF project, entitled A-TIPSOM and implemented by FIIAAP, a Spain-based foundation, since 2018.

“The training is meant to build the capacity of participants on how to use Facebook and YouTube to effectively do awareness on human trafficking and smuggling of migrants.

“It is also to build their capacity on how to use available online tools to create graphic designs for social media awareness.

“Furthermore, it is to create online content that can be used to track down traffickers,” Rios said.

He promised that the training will be replicated in other states of the federation and urged participants to step up the fight against human trafficking and smuggling of migrants.

The Head, Press and Public Relations of NAPTIP, Mrs Stella Nezan, who spoke on behalf of the beneficiaries, hailed FIIAAP for organising the workshop and pledged they would put the lessons learnt into best use. (NAN)

Emir of Kano pays royal visit to Oba of Benin