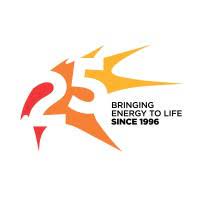 Leading energy conglomerate, Sahara Group has commenced Season 4 of the Saharlympics, which is tge Group’s biennial sporting competition that features several games contested by employees across Africa, Asia  Europe and the Middle East.

Bethel Obioma, Head Corporate Communications, Sahara Group, said the Saharalympics is a celebration of “competiveness and camaraderie” and provides a platform for enhancing employee collaboration, recreation, and productivity.

“The Saharalympics made its debut in 2014 and has ever since become a flagship event at Sahara Group that reinforces the role of sports in enhancing excellence, team performance and sustainability. This Season 4 is particularly special for us as it coincides with the celebration of Sahara’s 25 years of transformative impact and leadership in regional and global energy sectors, ” he said.

Obioma said a hybrid approach had been adopted for the 2021 edition that would see 16 teams from Sahara’s Power, Upstream, Midstream, Downstream, Infrastructure and Technology businesses compete for medals and glory. Games for the online version of the Saharlympics include Chess, Scrabble, PlayStation Football and Need for Speed, and Kahoot. Football, athletics, volleyball, basketball and other novelty games will be played during the physical games under strict compliance with covid-19 protocol. The online Saharalympics is underway. The physical edition will be held in October.

“The excitement right now in Sahara is palpable and our Saharalympians are ready to trade tackles and moves fairly and expertly in the spirit of the Saharalympics. While Saharians will smile home with individual medals, ultimately, just like the conventional Olympic Games, everyone is a winner with the Saharalympics,” Obioma added.