I Beheaded Motorcyclist For Refusing To Surrender His Machine – Suspect 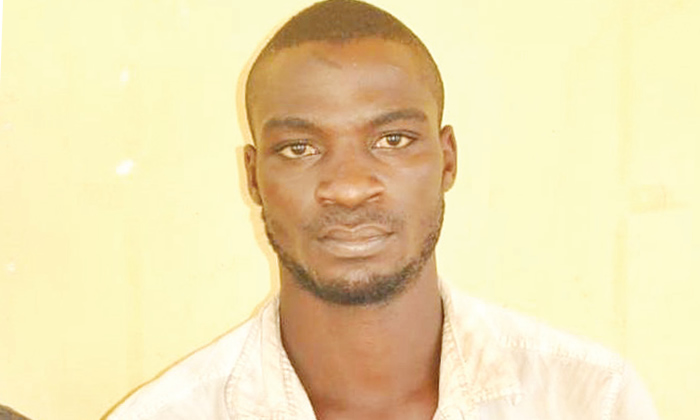 Operatives of the Niger State Police Command have arrested one Dauda Yakubu of Girinya village in the Konton-Karfe Local Government Area of Kogi State for allegedly beheading one Emmanuel Sunday.

Yakubu was alleged to have subsequently made away with his victim’s motorcycle.

It was learnt that the elder brother to the deceased, Amos Sunday, reported to the police that his brother did not return home from work.

It was also learnt that the suspect during investigation confessed to have conspired with one Mohammed Yunusa, now at large, to attack the victim.

Yakubu told our correspondent that he would not have killed Sunday if he had handed over his motorcycle to him without a struggle.

“He refused to hand over his motorcycle to me; so, I got angry and we beheaded him and zoomed off with the motorcycle.

“I don’t know what came over me; we are from the same state (Kogi) but we reside in Niger State. How do I explain myself to my kinsmen?”

The Public Relations Officer for the Niger State Police Command, Muhammad Abubakar, confirmed the incident on Sunday, adding that detectives had recovered Sunday’s body and his motorcycle.

He explained that the police were on the trail of the fleeing Yunusa, noting that the case would be charged to court after investigation. – Punch