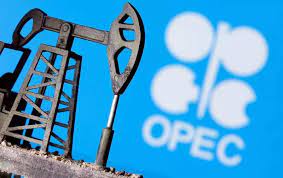 The Organisation of Petroleum Exporting Countries OPEC, has observed that an International Energy Agency’s report suggesting that investors should not fund new oil projects to curb emissions could lead to oil-price volatility if it is acted on.

The IEA on Tuesday said investors should not fund new oil, gas and coal supply projects if the world wants to reach net zero emissions by mid-century, in its starkest warning yet to curb fossil fuels.

The research division at the OPEC whose 13 members sit on 80 per cent of the world’s crude oil reserves, produced an internal briefing document on the IEA’s report, a copy of which was seen by Reuters.
“The claim that no new oil and gas investments are needed post-2021 stands in stark contrast with conclusions often expressed in other IEA reports and could be the source of potential instability in oil markets if followed by some investors,” OPEC’s report said.

OPEC also said a scenario in the IEA’s report could affect how companies invest and limit demand for oil. The producer group currently forecasts oil demand will recover strongly this year and continue rising until the 2030s.

“While the NZE (net zero) Scenario seems overly ambitious in terms of assumptions and results, it will certainly influence investment decisions, which may curb demand (growth) for fossil fuels such as oil and gas, as many policymakers and oil & gas companies use the IEA’s scenarios for their strategic planning,” OPEC said.

OPEC made the further point that for many developing countries, the route to net-zero emissions without international help was not clear and they would need technical and financial support to get there.

“Without greater international cooperation, global CO2 emissions will not fall to net zero by 2050,” OPEC said.

Oil Prices Edge Up After 3 Days Of Losses