Igboho Tenders Apology To Ooni Of Ife Over Comments 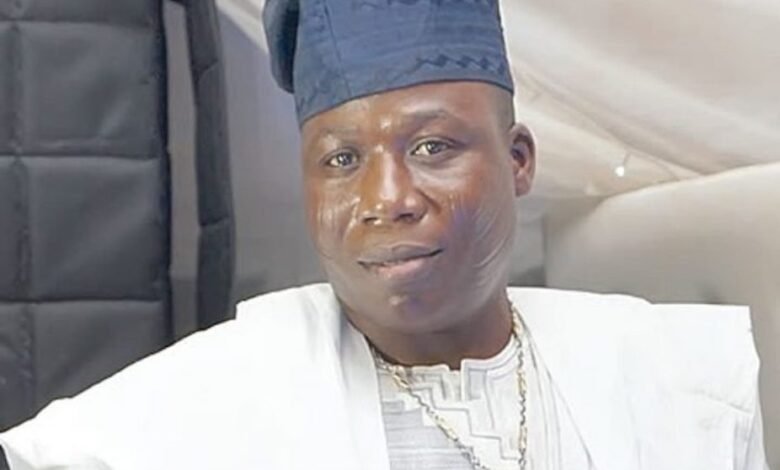 Sunday Adeyemo, also known as Sunday Igboho has tendered unreserved apology to the Ooni of Ife, Oba Adeyeye Ogunwusi, for referring to him as slave to Fulani’s

Igboho was said to have mad the statement after the monarch’s visit to President Muhammadu Buhari.

After issuing an ultimatum for Fulani herdsmen to vacate Oyo State over their alleged criminal activities, he went further to criticize the Ooni, saying he failed to tell the President the truth about the crisis during the visit; even as he called him a slave to the Fulani.

Speaking on Wednesday, February 3, at a virtual ‘Townhall With Yoruba In Diaspora’, Igboho expressed surprise that the monarch decided to tackle him instead.

He said, “When Ooni met with Buhari over the herdsmen issue, Ooni should have told Buhari the truth but he did not. When Ooni returned, he started tackling me to leave the remaining task to the government to finish. You can imagine that kind of talk?

“Alaafin of Oyo has asked me to meet him over the matter. Alaafin should have been the one invited to meet Buhari but since the Ooni was invited, he should be bold to tell the President the whole truth and make the demands of the Yoruba people known to the President.”

Hours after the town hall meeting, Igboho, in an interview with Isokan Omo Oodua TV, denied insulting the monarch.

He, however, begged for forgiveness if whatever he said appeared as an insult to the monarch whom he described as a father to him.

“They said I insulted the Ooni of Ife. I and the monarch; as well as the Olugbon, have spoken on the phone,” he said.

He continued, “The Yoruba tradition doesn’t permit the insult of elders. But because I was pained by the issue, my tongue was caught up in the moment. I spoke according to how pained I was. It wasn’t the Ooni alone I directed my words at, I also did to other elders.

“It’s a case of father and child. I and the monarch have spoken as well as the Olugbon. I did not insult the Ooni. And if it appears as if I did, he should forgive me.”