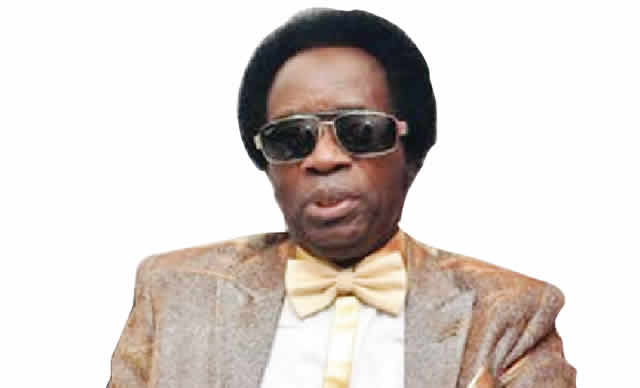 The Journalists International Forum For Migration, JIFORM has called on the Federal Government of Nigeria to keep the memories of late Sir Victor Uwaifo, a music icon who passed on at 80 on Saturday describing him as a god of art.

In a tribute to the Benin, Edo State born legend, Ajibola Abayomi, the President of JIFORM said: “It is not too much for the Federal Government to immortalize Uwaifo, an extraordinary talent and a gift to this generation as the god of art.

“Indeed, the scripture confirmed human beings as gods in Psalm 82:6 and John 10:34 saying “for ye are gods” so Uwaifo was a god of art. The musician, professor, knight, sculptor, flutist, writer, inventor of musical instruments, a university lecturer, and the first truly Honorable Commissioner for Arts, Culture and Tourism in Nigeria deserves every respect from all of us.

Venerated as Living Human Treasure  in 2017 by the UNESCO-United Nations Educational Scientific and Cultural Organisation) as one who possessed to a very high degree the knowledge and skills required for performing or re-creating specific elements of the intangible cultural heritage Thus, in three words, a “Living human treasure”, he came, he saw and conquered the world of art and other endeavors.

I recall how he narrated his amazing encounter with the mermaid while interviewing him in 2017 with nostalgia. Uwaifo said, “in 1966, I was the head Graphic Department of the National Television now the Nigerian Television Authority (NTA) at the Victoria  Island.  Because of the traffic, I used to deliberately stay late and go to the bar beach to strum my guitar and get inspiration. That particular day, I stayed really late till everybody had gone.

“Not long after, I observed that each time the waves advanced towards me, I would move back, but the farther I moved the closer it came. Suddenly, I observed a figure coming towards me and before I knew it the figure was right before me. I wanted to run away. I screamed, which I later transposed into strumming the guitar, which has become a trend nowadays.

She just said, ‘if you see mammy water, never run away’. I just thought the mermaid loved music, otherwise it would have harmed me, said Uwaifo.

Ajibola said the amazing experience was a didactic that the way of God no man knows. For us, the passing of the great music legend is a celebration of the life of a man who met with the goddess of the river now he has departed with the divine mercury gift of art.

“Several visits I paid to his museum exposed me to his other talents as inventor, sculptor and unique song writer. His museum should be kept in his memory and maintained by the government as he demanded while alive”.

Born on March 1, 1941, in Benin City, Edo State. he was the first musician to be decorated with the Member of order of Nigeria (MON) in Nigeria.

He studied graphics at Yaba College of Technology, Lagos and graduated in 1963 at 22. He received a bachelor’s degree with first-class honours at 54 years old (Valedictorian) and a master’s degree from the University of Benin in 1997 at 56 where he studied fine and applied arts and majored in sculpture.

He was the winner of the first gold disc in Africa (Joromi) released in 1965 and seven other gold discs in Guitar boy, Arabade, Ekassa series and Akwete music.