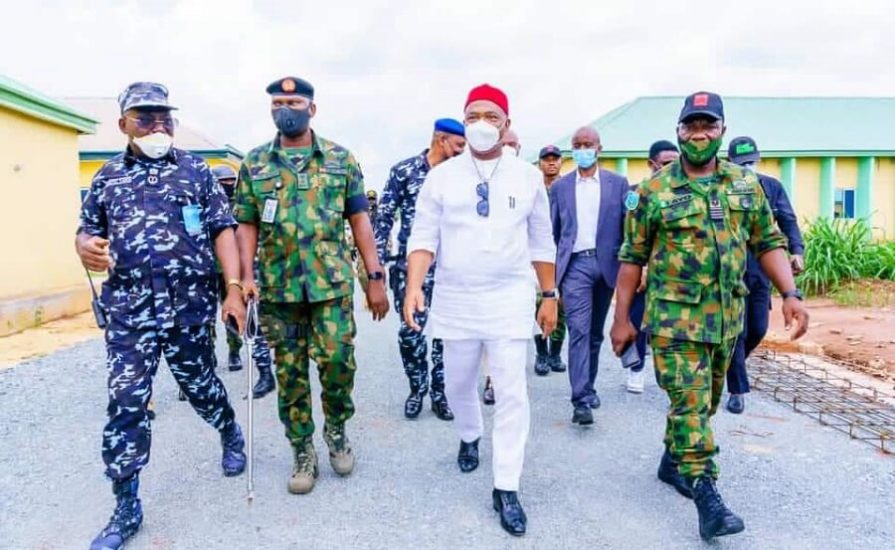 Imo State Governor, Hope Uzodinma, has vowed to arrest those responsible for the killing of two soldiers in the State.

The Governor has also commiserated with the families of deceased soldiers who were killed on Friday at Izombe community in Oguta Local Government Area of the state.

The two soldiers and a resident were killed during a misunderstanding between youths who were collecting tolls from illegal oil bunkerers; as well as oil thieves in the community.

The traditional ruler of Oborsi-Izombe, Eze Pius Muforo, had on Sunday lamented that more than 70 houses; 15 vehicles and 25 motorcycles were razed.

Uzodimma promised that government would set up a panel of inquiry to look into the immediate and remote causes of the crisis and the panel’s recommendations would help to stop a recurrence.

He expressed disappointment where the youths confronted the military patrol sent to the area; burnt a military vehicle, abducted and killed two soldiers, and made away with their rifles.

The Governor said, “The recent happening has brought to the fore the earlier state’s directive that anybody; no matter how highly-placed, who is in possession of any weapon should return it to security agencies.

“Regrettably, the time given for such has elapsed. Therefore, anybody still keeping any weapon runs the risk of being arrested; prosecuted and made to face the full weight of the law.

“Government will go out to fully implement that directive and ensure that all bandits are discovered and brought to book,’’

Uzodinma said it was no longer pardonable for people or any group of people to take the laws into their hands. He said banditry, violence, kidnapping and other forms of crime and criminality had been on the increase; noting that this was noticeable since the jail break in Owerri that saw criminals return to the streets.

“The evidence of their activities is manifested in what happened at Izombe Community…One of those who confronted the military was an escapee from Owerri Prisons.

“Fortunately or otherwise, the hoodlum was killed by the soldiers in the confrontation,’’ he said, and assured the families of the slain soldiers that their death would not go in vain.

He reiterated his administration’s commitment to support security agencies to ensure that peace returned to the state.