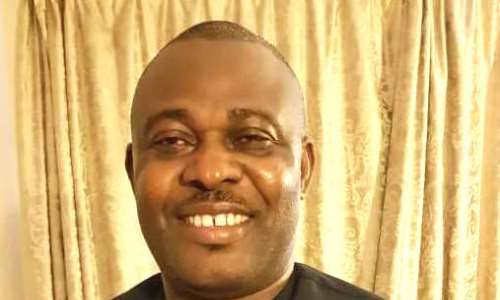 Imo State Deputy Governor, Engr. Gerald Irona has reiterated the readiness of the state government to partner with critical stakeholders in making life more meaningful for people of the State.

The Deputy Governor made the pledge while receiving a delegation of Association of Petroleum Marketers and Dealers in Owerri, weekend.

“The present administration in Imo State, led by Governor Emeka Ihedioha is committed to partnering with your organization and all other stakeholders in the state in delivering good governance to the people of Imo State. I received your letter, dated July 19 on indiscriminate litigations instituted against your members in revenue courts, among other issues. We shall take steps to ensure timely and amicable resolution of all the issues.”

He assured the delegation of an enabling environment for business in the state.

“His Excellency, Governor Emeka Ihedioha has set up a desk for ease of doing business in Imo State and we are committed to creating an enabling environment for businesses to flourish in the state. The State Government has a deliberate policy to encourage investments in Imo State. There is zero tolerance for intimidation and harassment of investors.”

Earlier in his speech, Chairman of the Association, Sir Chidiebere Okoroafor appealed to the State Government to address what he described as “indiscriminate litigations instituted against our members in revenue courts in the state.”

He further appealed to the Deputy Governor to take steps to ensure the harmonization of levies payable by their members, even as he assured of the readiness of members of the Association to pay harmonized levies.

The group also used the occasion to appeal for an out-of court settlement of cases instituted against some of their members by the last administration in the state, promising to support the present administration’s developmental strides.

A joint meeting of relevant government officials, agencies, officials of the association and the Deputy Governor to resolve all the issues is to hold on a later date.