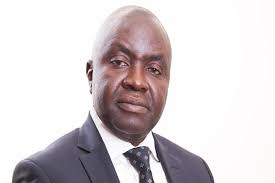 The Federal Government has been advised to jettison proposed increase in Tertiary education tax as contained in the 2023 Finance Bill.

Chief Executive Officer, CEO, of the Centre For The Promotion Of Private Enterprise, CPPE, Dr. Muda Yusuf, while commenting on the Bill, recalled that Government just less than two years ago, increased the tertiary education tax from 2 per cent to 2.5 per cent.

He said it is therefore too soon to propose another increase as companies are still contending with several macroeconomic, structural, global and regulatory headwinds. According to him, It will be inequitable to increase the tertiary education tax at this time. This would will be putting too much burden on corporate entities on business and investors in the Nigerian economy.

Speaking further, Yusuf, noted that the perception of corporate entities as cash cows for solving all revenue problems is utterly misplaced.

“We should be a lot more creative in our revenue drive so as not to overburden the current crop of tax payers. The tax base is still extremely narrow and should widened. The economy is about 50% informal, which meant that the incidence of taxation is largely on the formal sector of the economy.” he said.

In addition, he said that the focus of taxation should be on collection efficiency, broadening the tax base and improvement in tax governance. Revenue collection responsibilities should be integrated into a single agency for more efficient administration.

Additionally, there is implicit taxation as companies still have to provide supporting infrastructures and other facilities such as power generation, water supply, and security for their assets. In some instances, companies construct access roads to their premises. Numerous taxes, fees and levies are also paid to sub-national governments and regulatory agencies. All of these should be taken into consideration in the formulation of tax policies, he advised.

He further warned that,”Excessive taxation on businesses has harmful effects on investment, economic growth, job creation and poverty reduction. As highlighted previously, effective corporate tax is currently about 34% which is one of the highest in the world.”