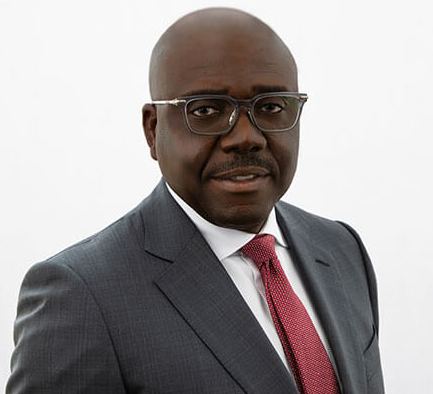 Chairman of the group and chief executive officer of Waltersmith, Abdulrazaq Isah, while speaking at the ongoing 2022 Nigeria Oil And Gas Conference, NOG, in Abuja on Tuesday, disclosed that in the last two decades, the number and contribution of indigenous players, largely due to Government’s initiatives and IOC divestments, has significantly increased.

Isa, said, the theme of this year’s conference – “Funding the Nigerian Energy Mix for

Sustainable Economic Growth” underscores the importance of repositioning the industry in the face of the ongoing global energy transition laced with multifaceted global issues.

He stated further that the enactment of the Nigerian Oil and Gas Industry Content Development Act (NOGICD Act) in 2010 has further supported the emergence of stronger indigenous oil & gas companies and complemented the Government’s empowerment agenda.

“This trend must be further supported and sustainably nurtured. It is the sure way to achieve energy availability, affordability and security for all Nigerians” he said adding that

He said, “Today, we are in the thrust of another wave of IOC divestments with industry commentators and stakeholders alike expressing concerns and raising a pertinent question – “are indigenous players equipped and able to fill the void post IOC divestments?”

placed, with the collective support and deliberate collaboration with the Government,

the numerous opportunities on offer by the divestment activities.”

Isa, stated that the first phase of divestments demonstrated that indigenous E & P companies are capable of stepping up and performing at the highest level. I believe the current exercise will even be more successful considering the size of responsibility on the indigenous players and the determination to sustainable growth of the sector and the country.

the course of these divestments by the IOCs are in safe hands with the indigenous Exploration & Production, E&P, companies.

To date, he said IPPG members have a proven track record of performance and remain best

“An aggregate of over $20 billion has been spent on acquisition plus capital expenditures in the past ten (10) years to grow the divested assets. In addition, some of our members have demonstrated an appetite for supporting the Government’s energy security vision by building a broader value-adding midstream and downstream business.

“Overall, our members have deployed unique capabilities in operations which

have minimised incidences of community disruptions and enhanced impactful

He noted that the Government’s support of indigenous E & P companies’ participation in the ongoing IOC divestment is critical and shall provide a solid avenue for securing the country’s energy future. It is therefore imperative that targeted policies are formulated to support, empower and consolidate the position of the indigenous players.

He therefore solicited for a high level dialogue between Government, its institutions and Indigenous Operators that have demonstrated

capacity and strength as they must be the timely catalyst needed, and the safe

hands to be trusted with these emerging opportunities.

He comnended President Muhammadu Buhari for his continuous support for the survival and growth of the industry as well as the Minister of State for Petroleum Resources for his constant support and interest in the progress of his members.

He stated further that the operating leadership, understanding and support of the NNPC is also most appreciated in addition to NCDMB’s dogged support for the promotion of indigenous companies is highly applauded.

programmes of Government, the NNPC Limited, industry regulators and other

relevant stakeholders for the benefit of the industry as well as Nigeria.