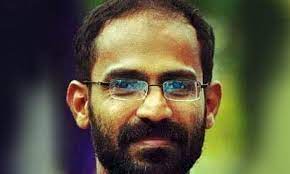 India’s Supreme Court has granted bail to a journalist who had been in detention for more than 700 days for trying to visit the family of a Dalit teenager gang-raped in a small town in the northern state of Uttar Pradesh.

Siddique Kappan, 42, was arrested on October 5, 2020 and charged under a stringent terror law while he was on his way to Hathras, where authorities had allegedly burned the young woman’s body after she died of injuries suffered during the assault.

Dalits, the former “untouchable” community that falls at the lowest rung of the complex Hindu caste hierarchy, have been subjected to systemic discrimination and violence for centuries.

On Friday, while granting bail to Kappan, the Supreme Court directed him to stay in New Delhi for six weeks after which he will be allowed to go back to Kerala, his native state in the south.

The top court agreed to bail the reporter after noting the case had yet to progress from the police investigation filed in April last year.

“Every person has a right to free expression. He is trying to show that victims need justice and raise a common voice,” the court said.

Earlier attempts to seek bail were rejected by the lower courts.

“I am very happy that he is finally out,” Kappan’s wife Raihanath Kappan told Al Jazeera.

On September 14, 2020, the 19-year-old Dalit woman was gang-Raped in a field allegedly by four men belonging to the Thakur community, an influential caste among Hindus.

She suffered serious injuries to her spinal cord due to the assault and died two weeks later at a hospital in capital New Delhi, triggering nationwide outrage and protests.

Meanwhile, authorities in Hathras secretly cremated the woman’s body in the dead of the night on September 30. Her family alleged they were locked up inside their house by the police after they refused to give their consent for the cremation.

The forced and secret cremation of the victim intensified the protests against the incident, with many reporters rushing to Hathras to cover the developments. Kappan, who was a regular contributor to the Malayalam language news website Azhimukham, was one of them.

On October 5, 2020, while he was on his way to Hathras town 200km (124 miles) away from New Delhi, he was picked up by the Uttar Pradesh police along with three other men in his car.

Kappan has maintained his innocence, saying he was only doing his duties as a journalist.

Kappan’s former lawyer Wills Mathews said the bail granted to him was a case of “delayed justice”.

“It is going to be two years and I believe the bail case should have been decided in 45-90 days,” he told Al Jazeera.

After Kappan’s arrest, his colleagues and press watchdogs had accused the Indian government of “criminalising journalism” and using draconian laws to silence the voices of the journalists.

Since the right-wing Bharatiya Janata Party (BJP) swept to power in 2014, India has witnessed an increasing crackdown on journalists, activists and civil society groups.

According to the World Press Freedom Index released by Reporters Without Borders in May this year, India’s ranking dropped to 150 from 142 among 180 nations the Paris-based media watchdog surveyed.

At least nine other journalists are currently in Indian prisons, according to Reporters Without Borders.

Geeta Seshu, co-founder of Free Speech Collective, an organisation that advocates for the freedom of expression in India, told Al Jazeera the bail comes after “two years of a thoroughly unjust case and incarceration”.

“That a journalist could be picked up and put behind bars when he was merely travelling to cover a ghastly crime is an indication of the fragility of our right to free speech in India,” she said.