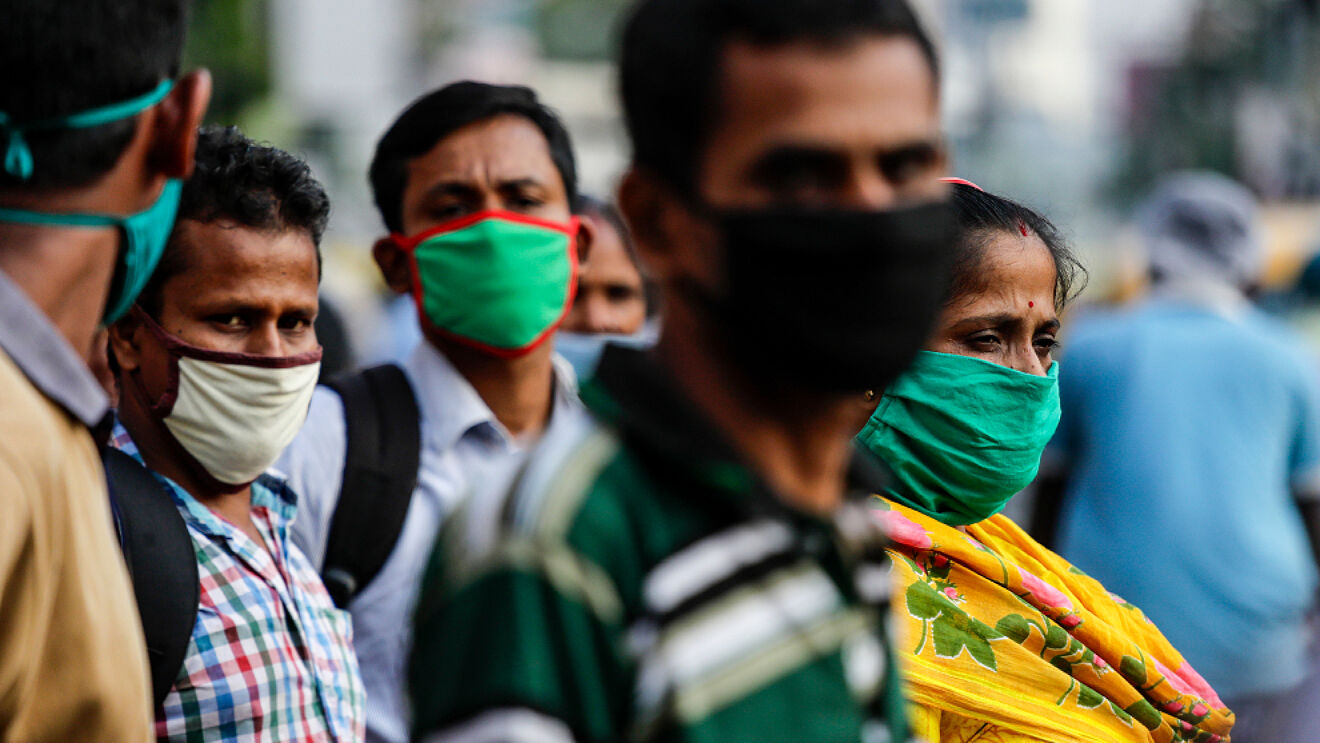 The COVID-19 strain, which is currently ravaging India,  has been found in Nigeria

The strain was detected by the African Centre of Excellence for Genomics of Infectious Diseases in the Redeemers University, Ede, Osun State nearly three weeks ago and has been communicated to the Nigeria Centre for Disease Control (NCDC).

Recall that the Federal Government on Monday restricted gatherings at worship centres and banned nightclubs following reports that the devastating COVID-19 strain in South Africa had spread to 23 other countries.

The detection of the Indian strain in Nigeria was said to have contributed to the fresh regulations issued by the Federal Government.

The detection had been listed on GISAID, a global science initiative that provided open access to genomic data of influenza viruses.

A notification dated April 25, 2021, sent by Professor  Christian Hapi of the ACEGID to the NCDC read in part, “We have found five sequences of the India B.1.617 in the country, specifically in Edo and Osun states.”

However, subsequent observations showed that so far, the strain had not shown the same kind of viciousness displayed in India where 400,000 persons were infected daily and 157 died per hour.

Speaking with one of our correspondents, Hapi said the information was sent to the NCDC two weeks ago.

Hapi, however, clarified that strain in India has two more mutations than the one identified in Nigeria which makes the one in India more aggressive.

“What we have is the B1.617 from India. That is the variant they had but that variant has now evolved beyond the mutation that we identified.

“The one India evolved by two mutations. It is the same strain with India but their own now has a couple of mutations. So, it is the same as what we detected but also different in characteristics.”

Virologist and Chairman, Expert Review Committee on COVID-19, Professor  Oyewale Tomori, told one of our correspondents that he was also aware of the detection of the Indian strain.

Tomori said it was important for the government to announce the detection of the Indian strain.

He further said there was a need to increase testing, adding that many states were no longer conducting  test for COVID-19.

“The Indian strain is not as fierce in Nigeria yet but we are not doing enough testing,” Tomori said.

When asked what the government should do next, Tomori said he was satisfied with the decision of the Federal Government to step up enforcement.

“They have already done what needs to be done by issuing travel guidelines on passengers from India, Brazil and Turkey plus the curfew and others announced yesterday (Monday). Perhaps, there should be an announcement that the Indian strain is already in Nigeria,” Tomori added. – Punch.