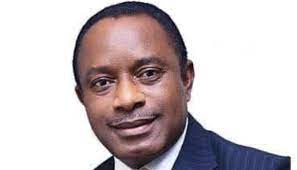 The Managing Director/CEO of Mallinson and Partners, Mr Afam Mallinson Ukatu has called on the Federal Government to increase its support for industries.

Mallinson who bagged the Commerce and Industry Correspondents Association of Nigeria (CICAN) award for consistency in local tiles manufacturing, stated this while appreciating CICAN.

Ukatu noted that he can’t thank CICAN enough for this well deserved award, saying it is an indication that CICAN really did its selection very skillfully.

“This award of honour will further strengthen and encourage us to continue in the business of manufacturing. It shows that people actually appreciate what we are doing, irrespective of the numerous challenges confronting the industry.

are being recognized by a credible body like CICAN.

“The award is a means of telling others to come into manufacturing, that everyone should not engage in importing fully manufactured products. The award will also help change the narrative of our young people traveling abroad because of no job, if there was job, nobody would be thinking of going anywhere.” He stressed.

On business environment, he noted that with friendly operating environment, the existing jobs will be sustained, while new ones would be created and youths will no longer think of running out of the country when they are gainfully employed.

“So, we are using this opportunity to call on the government to look into how they can help industries have access to Forex, reduce multiple taxation so that more people can develop interest in manufacturing.” Ukatu noted.

According to him, “Foreigners are in every business in Nigeria, and they are doing very well in this our sector because they get cheap funds for their operations from their native country.

“They will not leave Nigeria despite the challenge of insecurity and others, because they have so much opportunities in Nigeria and they are making use of it. They have technical know-how that we don’t have. They export their equipment at zero cost and their government is encouraging them to manufacture to export to us. When they export to us, they also make huge amount of money from the spare parts we order for the maintenance of these imported equipment.

“So I call on the Nigerian government to encourage manufacturers to produce for export. The government has to make cheap loans available for industries.”

He lamented that some factories have shut down recently, while majority are just existing on zero cost.

He pointed out that some others are lossing money on the daily basis, explaining it is due to high interest rate, high cost of Forex amongst others.

“For instance, some companies in northern Nigeria and some in the south east that finished installing their new equipment cannot even Kickstart production because of insecurity and bad economy, while hundreds of operators have shut down business due to low patronage and hash operating environment.

“In all honesty, about 20 percent of the operators in my sector have either shut down or at the eve of shutting down.”