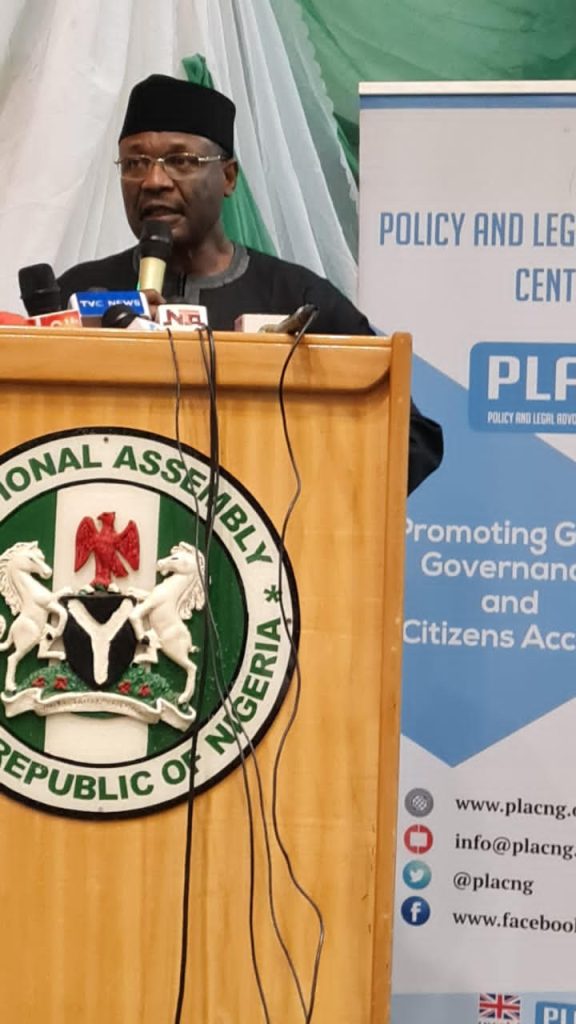 The Independent National Electoral Commission, INEC, has asked for a consideration to establish an Electoral Offences Tribunal with exclusive jurisdiction to try electoral offenders.

INEC Chairman, Mahmood Yakubu, raised objection to Clause 33 (1) of the Bill which confers jurisdiction on Federal, State and FCT High Courts to try offenders under the Bill.

Yakubu, who made the observation at a public hearing organised by the House of Representatives Committee on Electoral Matters on Tuesday August 23, 2022, in Abuja, noted that these Courts are already over-burdened and thus proposed that Electoral Offences Tribunal be established.

While commending the leadership of the National Assembly, as well as the Chairman and Honourable Members of the Committee on Electoral Matters for the invitation to this public hearing, however stated that the reform of our electoral process cannot be complete without effective sanctions on violators of our laws.

At present, he said INEC is saddled with the responsibility of prosecuting electoral offenders under the Electoral Act but this been very challenging for the Commission. “For instance, since the 2015 General Election, 125 cases of electoral offences were filed in various Courts out of which 60 convictions have been secured so far, including the most recent one in Akwa Ibom State.”

The Chairman told the lawmakers that the Commission would like to see more successful prosecution of offenders, not just ballot box snatchers, falsifiers of election results and vote buyers at polling units but most importantly, their sponsors. “We look forward to the day when highly placed sponsors of thuggery, including high-profile figures that seek to benefit from these violations, are arrested and prosecuted. We believe the work of the proposed Commission will help in this regard.”

However, much as the Commission would like to see more successful prosecution of offenders, our effort is hampered by obvious constraints, he added.