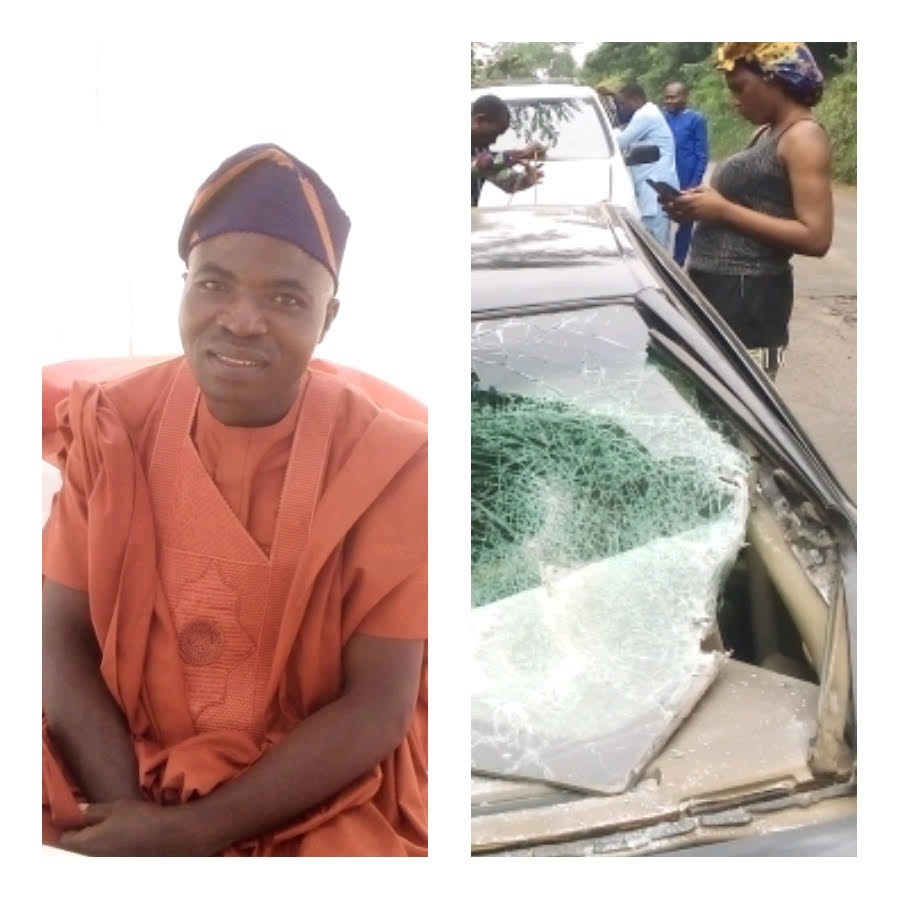 The Insurance Editor of NewsPage Media, Sola Alabadan, escaped death by whiskers at the weekend while travelling from Lagos to Ekiti State, as a Toyota Sienna vehicle with Registration number GGE970GB, suddenly hit his car from the back and pushed him under the trailer in front of him.
The whole windsreen of his vehicle was shattered, while the bonnet and the bumper were damaged completely.
Immediately the accident happened, he said he thought the end has come as he could not see anything for some seconds.
Although he was not injured physically, he said the tiny broken glass splashed on his body, and he expressed fears that some of the broken glasses had not been deposited in his body.
In view of the fact that the driver of the car accepted it was his fault, he said he asked him if the vehicle has the minimum third party insurance cover required by the law and the driver said yes.
To confirm the genuiness of the insurance certificate, he said he had to visit the website of the Nigerian Insurance Industry Database (NIID) and it shows the vehicle was insured by licensed Insurance Company. The insurance certificate was issued on December 17, 2021 and it will expire on December 16, 2022.