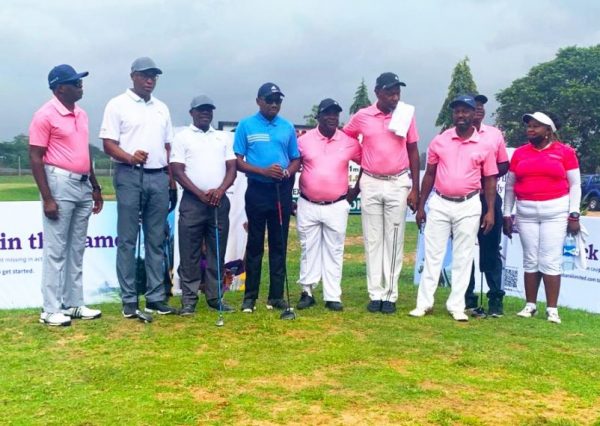 The highly competitive and entertaining encounter was the first of such match play between the two Clubs. Expressing his delight at the turnout of the competition, the host Captain, Mr. Cliff Orjiakor, commended all participants and Polaris Bank for turning out for the event.

He noted that the only way to sustain the development of Golf in the country is through corporate and private sector philanthropy and sponsorship. Citing the partnership between Ikoyi Club Golf Section and Polaris Bank he noted that “Golf is a unique game which promotes national unity and fitness across all ages and generations.

Speaking at the closing Ceremony, Dr. M.I Okoro, whose Inaugural “Unity Cup tournament” is still very fresh in the minds of many, was full of appreciation to Polaris Bank for identifying with the Golf Section’s participation in the match play. Dr. Okoro while expressing gratitude for the development, challenged other corporate organizations to emulate the partnership between Polaris Bank and the Ikoyi Club 1938 Golf Section.

Speaking earlier before the ceremonial tee-off, the Acting Managing Director of Polaris Bank, Mr. Innocent C. Ike, who also participated in the match play, said “the game of Golf mirrors agility, courage, and integrity, which are some of the values, which Polaris Bank is renowned for and these values guide the Bank’s business”. He thanked the Captain and members of the Arsenal Golf and Country Club for being good hosts to the visitors.

Arsenal Golf Club (AGC), ranks amongst visible and renowned Golf Clubs not only in the southeast zone but in Nigeria as a whole. The Club operates from Arsenal Golf and Country Club Course, a promising and interesting 18-hole golf course set in the serene 34 Artillery Brigade, Obinze part of Owerri, Imo State.