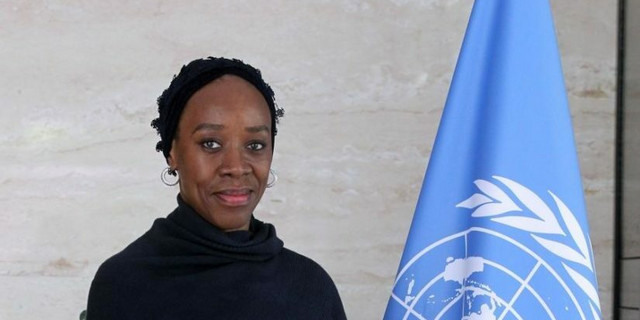 This is contained in a statement signed by Mr Antonio Vitorino, IOM Director-General, on Wednesday in Abuja.

Daniels alongside Mr Bernardo Joaquim of Mozambique and Ms Alexandra Bilak of Azerbaijan were shortlisted from 15 candidates who applied for the position.

“Each interview followed the same process, using a similar series of questions centring on the Organisation’s key programming and policy areas, including the protection of migrants, internal displacement and the humanitarian and development nexus,’’ Vitorino said.

He expressed the hope that Daniels would bring to the IOM her wealth of experience in the multilateral system given her track record of achievements in various UN bodies where she previously worked.

Daniels before her appointment was the Chief of the Humanitarian and Fragile Contexts Branch in the Programme Division of The United Nations Population Fund (UNFPA) since 2013.

On Sept. 10, 2018, she became a UN Human Settlements Programme Coordinator and Resident envoy to Iran.

“I am confident that Ms Daniels and Ms Pope, as our two Deputy D-Gs, will demonstrate effective leadership throughout their tenure.’’

He expressed the hope that both officials would ustilise their skills in the service of member states and in support of the millions of people whose lives depend on the organisation.

He noted that their role were key as the world emerged from the global pandemic,’’ Vitorino stressed.

It will be recalled that the nation’s Foreign Affairs Minister Mr Geoffrey Onyeama led campaigns for Daniel’s appointment following her nomination by President Muhammadu Buhari.