Irregular migration: Foundation calls on FG, others to create productive skills for youths 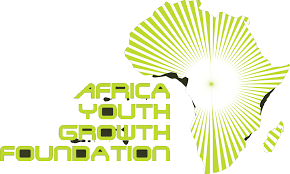 An NGO, Africa Youth Growth Foundation (AYGF), has underscored the need for government at all levels to create productive engagement skills for youths to guard against irregular migration.

The Executive Director, AYGF, Dr Arome Salifu, made the call at a Townhall meeting of its Migration Information Communication Campaign (MICC), Nigeria – Part two project on Thursday in Abuja.

The News Agency of Nigeria (NAN) reports that the theme of MICC is: “Migration is not a crime, just do it the right way for your own safety and dignity’’.

Salifu said that the three tiers of governments should be able to reduce poverty of the people, create employment for them to make them productive in the country.

“So we are calling on the Nigerian government at the local, states and federal levels to put in place the enabling environment for Nigerians to stay back at home.

“They should be able to reduce poverty of the people, create employment for the people; create enabling skills that can facilitate productive engagement of these massive young people we have on the street.

“These are some of the sustainable measures government must put in place to see that irregular migration is addressed and human trafficking is confronted across the nation.

“This is a clarion call; it is indeed time to declare state of emergency in terms of economic support for young people, who are currently having hopelessness in their chances of surviving the hardship that we are currently experiencing as a people.’’

He further advised the youths to look at the possibility of taking their time to get sufficient resources to go through the regular pathway.

He said “this is because a lot is happening within the ecosystem of migration.

“organs are being harvested; excess exploitation is taking place on daily basis; labour exploitation, sex slavery and many others,’’ he said.

Gov. Ifeanyi Okowa of Delta noted that the concern for humanity and the understanding that all humans were equal before God lent sufficient justification to the campaign for regular migration.

Okowa, who was represented by his Senior Special Assistant on Internal Affairs, Dr Genevieve Mordi, said that regular migration was a major component in the fight against human trafficking.

“Indeed, Migration is as old as history itself but it must be done following the laid down protocols of the country one has an interest in migrating to.

“The goal is to realise and promote a global society that upholds human dignity and sanctity of human life: a society which means actualisation is built on a foundation of equal respect for all mankind.”

He, therefore, commended the leadership of AYGF for raising awareness on regular migration.

“As well as enlighten the uninformed of the pitfalls of irregular migration such as conditions faced by victims of human trafficking and ills associated thereto world over.

“Events of this nature will help to sensitise the populace, and push for protection of the rights of victims and therefore, deserve our
collective support.

“As at the last count, indigenes of Delta constituted 667 out of the thousands of victims of human trafficking that were kindly evacuated in a Federal Government sponsored programme from Libya.

“The fallout of irregular migration cannot be over-emphasised.’’

According to him, the 2018 Global Slavery Index (GS) contains shocking figures that should awaken the empathy and
consciences of people of goodwill around the world.

“The index indicates an estimated 40.3 million men, women and children are victims of modern day slavery on any given day in 2016.

“Of these 24.9 million people were in forced labour and 15.4 million were forced marriages.

“Sadly, women and girls make up 71 per cent of these victims. These figures as grim as they are do not include victims who are trafficked for black market organ harvesting.

“The GSI estimates 126, 670 solid organ transplants were performed in 2015 and the World Health Organisation estimates that illegal organ trade comprise approximately 10 per cent of the global transplant activity.

“This brings to fore the importance of traveling legally,’’ the governor added.

Poage said that sexual exploitation remained the most common motive for trafficking but the share of those trafficked for forced labour had grown from 18 per cent to 38 per cent among detected cases.

Poage noted that the outcome of the project would contribute to improving the overall labour migration governance in Nigeria.

“And will also inform the Federal Ministry of Labour and Employment of some of challenges of labour migration management in Nigeria and how to mitigate them.”

NAN also reports that the Africa Youth Growth Foundation (AYGF) marked its 15 anniversary and the launch of the project “Extension of Labour Inspection Activity and Labour Law Enforcement to Sectors and Workplaces where Migrant Workers may be Present”.(NAN)