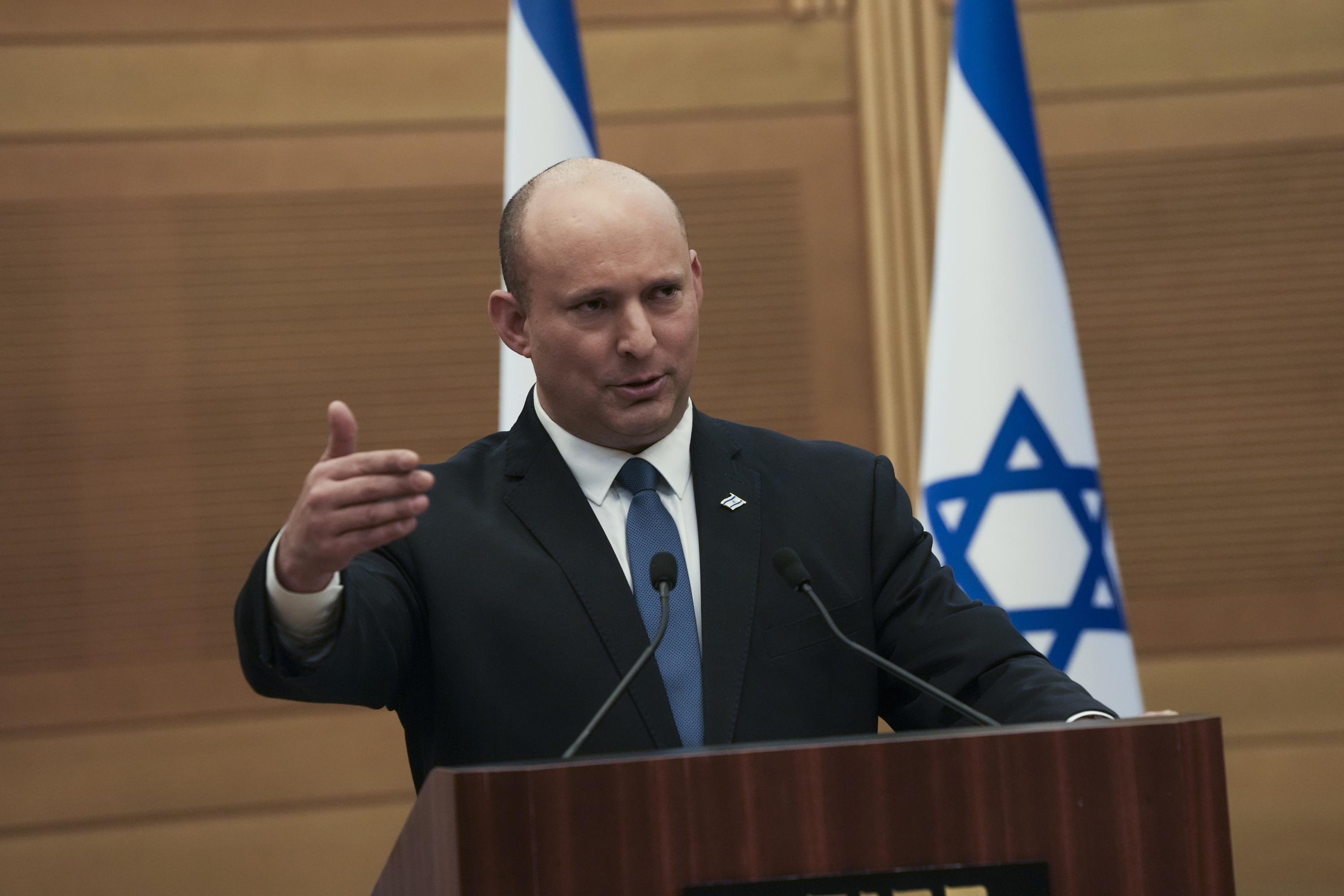 Israel’s governing coalition will dissolve Parliament before the end of the month, bringing down the government and sending the country to a fifth election in three years, the prime minister said on Monday.

The decision plunged Israel back into paralysis and threw a political lifeline to Benjamin Netanyahu, the right-wing prime minister who left office just one year ago upon the formation of the current government. Mr. Netanyahu is currently standing trial on corruption charges but has refused to leave politics, and his Likud party is leading in the polls.

Once Parliament formally votes to dissolve itself, it will bring down the curtain on one of the most ambitious political projects in Israeli history: an unwieldy eight-party coalition that united political opponents from the right, left and center, and included the first independent Arab party to join an Israeli governing coalition.

But that ideological diversity was also its undoing.

The final straw was the government’s inability last week to muster enough votes to extend a two-tier legal system in the West Bank, which has differentiated between Israeli settlers and Palestinians since Israel occupied the territory in 1967.

Several Arab members of the coalition declined to vote for the system, which must be extended every five years. That prevented the bill’s passage and prompted Prime Minister Naftali Bennett, a former settler leader, to collapse the government and thereby delay a final vote until after another election.

“We did everything we possibly could to preserve this government, whose survival we see as a national interest,” Mr. Bennett, 50, said in a televised speech. “To my regret, our efforts did not succeed,” he added.

Expected to be held in the fall, the snap election will be Israel’s fifth since April 2019. It comes at an already delicate time for the country, after a rise in Palestinian attacks on Israelis and an escalation in a clandestine war between Israel and Iran. It also complicates diplomacy with Israel’s most important ally, the United States, as the new political crisis arose less than a month before President Biden’s first visit to the Middle East as a head of state.

Mr. Biden will be welcomed by a caretaker prime minister, Yair Lapid, the current foreign minister. The terms of the coalition agreement dictated that if the government collapsed because of right-wing defections, Mr. Lapid, a centrist former broadcaster, would take over as interim leader from Mr. Bennett.

Mr. Lapid will lead the government for at least several months, through the election campaign and the protracted coalition negotiations likely to follow.

In a show of unity on Monday night, Mr. Bennett and Mr. Lapid gave consecutive speeches from the same stage, both hailing the successes of an unlikely government that many analysts did not expect to last even for a year.

The fractious alliance was formed last June after four inconclusive elections in two years had left Israel without a state budget or a functional government.

The coalition’s members agreed to team up to end this paralysis, and because of their shared desire to oust Mr. Netanyahu. Mr. Netanyahu’s refusal to resign despite standing trial on corruption charges had alienated many of his natural allies on the right, leading some of them to ally with their ideological opponents to remove him from office.

The coalition was cohesive enough to pass a new budget, Israel’s first in more than three years, and to make key administrative appointments. It steadied Israel’s relationship with the Biden administration and deepened its emerging ties with key Arab states.

Its leaders and supporters also hailed it for showing that compromise and civility were still possible in a society deeply divided along political, religious and ethnic lines.

“We formed a government which many believed was an impossible one — we formed it in order to stop the terrible tailspin Israel was in the midst of,” Mr. Bennett said in his speech.

“Together we were able to pull Israel out from the hole,” he added.

Nevertheless, the government was ultimately unable to overcome its contradictions.

Its members clashed regularly over the rights of Israel’s Arab minority, the relationship between religion and state, and settlement policy in the occupied West Bank — clashes that ultimately led two key members to defect, and others to vote against government bills.

The new election offers Mr. Netanyahu another chance to win enough votes to form his own majority coalition. But his path back to power is far from clear.

Polls suggest that his party, Likud, will easily be the largest in the next Parliament, but its allies may not have enough seats to let Mr. Netanyahu assemble a parliamentary majority. Some parties may also only agree to work with Likud if Mr. Netanyahu steps down as party leader.

This dynamic may lead to months of protracted coalition negotiations, returning Israel to the stasis it fell into before Mr. Netanyahu’s departure, when his government lacked the cohesion to enact a national budget or fill important positions in the civil service, and the country held four elections in two years.

Through it all, Mr. Netanyahu is expected to remain on trial, a yearslong process that is unaffected by a new election, and which will likely only end if he either accepts a plea deal, is found guilty or innocent, or if prosecutors withdraw their charges. Despite the promises of some coalition members, the outgoing government failed to pass legislation to bar a candidate charged with criminal offenses from becoming prime minister.

Critics fear Mr. Netanyahu will use a return to office to pass laws that might obstruct the prosecution, an accusation that he has denied.

In a video released on social media on Monday, Mr. Netanyahu celebrated the government’s decision and criticized its record.

“This evening is wonderful news for the citizens of Israel,” Mr. Netanyahu said.

“This government has ended its path,” he added. “A government that depended on terror supporters, which abandoned the personal security of the citizens of Israel, that raised the cost of living to unheard-of heights, that imposed unnecessary taxes, that endangered our Jewish entity. This government is going home.”

Palestinian Israeli lawmakers celebrated the government’s collapse for opposing reasons — because they said it had done little to change the lives of Palestinians.

Aida Touma-Suleiman, an opposition lawmaker and a member of Israel’s Palestinian minority, said in a statement: “This government implemented a radical far-right policy of expanding settlements, destroying houses, and carrying out ethnic cleansing in the occupied territories. It threw crumbs to the Arabs in exchange for conceding fundamental political principles.”

Mr. Lapid, 58, heads Yesh Atid, the nation’s second-largest party. (Mr. Netanyahu’s Likud is the largest.) After Mr. Netanyahu failed to cobble together a majority in the previous election in March 2021, Mr. Lapid was given the opportunity to form a government.

To persuade Mr. Bennett to join his alliance, Mr. Lapid allowed Mr. Bennett to take the first turn as prime minister even though he led a much smaller party, because Mr. Bennett was seen as more acceptable to the right-wing flank of the coalition.

A former journalist and popular television host, Mr. Lapid first entered Parliament and government in 2013 as the surprise of that year’s election, becoming finance minister in a Netanyahu-led government.

Many Israelis long considered Mr. Lapid — a former amateur boxer — a political lightweight, particularly with regard to handling complex security issues, including countering Iran’s nuclear ambitions. But he has since served as a minister of finance, foreign affairs, strategic affairs and as the alternate prime minister, and has served as leader of the opposition.

The son of Yosef Lapid, a former minister and Holocaust survivor, and Shulamit Lapid, a novelist, he has expressed support for a two-state solution to the Israeli-Palestinian conflict. But to secure the backing of Mr. Bennett, who opposes a Palestinian state, he agreed not to negotiate with the Palestinians over statehood for the duration of their alliance. NYT