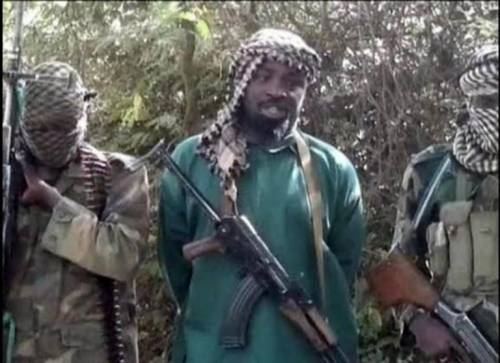 Shekau died in May after allegedly detonating an explosive device when he was pursued by ISWAP fighters following a battle. This was disclosed by someone purporting to be ISWAP leader, Abu Musab al-Barnawi, in an audio recording.

Reuters says the voice on the recording has been confirmed as that of the ISWAP leader. Also, reports indicate that a Nigerian intelligence report shared by a government official and Boko Haram researchers have also confirmed Shekau’s death.

The audio statement, first obtained by HumAngle, is ISWAP’s first confirmation that Shekau has been killed.

The voice in the audio recording said ISWAP had gone after Shekau on the orders of the Islamic State leadership. Thereafter, they battled the Boko Haram insurgents until Shekau fled. He confirmed that ISWAP chased him down and offered him the chance to repent and join them.

However, he said Shekau preferred to be humiliated in the afterlife than getting humiliated on earth; therefore, he killed himself instantly by detonating an explosive.

ISWAP was previously part of Boko Haram before it split five years ago, pledging allegiance to Islamic State.

Shekau has been reported dead on several occasions over the last 12 years most of which were speculated by the Nigerian military.

However, after each announcement, he would reappear to mock reports of his demise and to issue new threats.

Boko Haram has been involved in over a decade-long insurgency against the Nigerian government. The group came to global prominence in 2014 with the kidnapping of more than 270 schoolgirls from the town of Chibok; an incident which sparking a global campaign tagged #BringBackOurGirls, backed by the likes of Michelle Obama.

Shekau is believed to have led the transformation of Boko Haram from an underground Islamic sect in 2009; to a full-fledged insurgency, killing, kidnapping and looting its way across northeast Nigeria, says Reuters.

Over 300, 000 people have been killed in the Boko Haram insurgency which has also displaced more than two million in the North East.