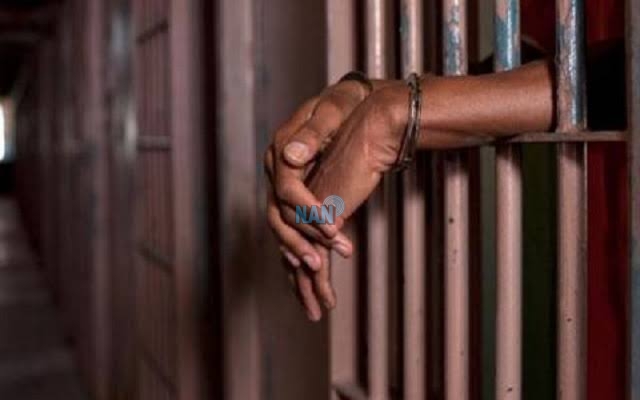 A Mapo Grade ‘A’ Customary Court in Ibadan, Oyo State, on Monday sentenced a 23-year-old man, Abayomi Damilare, to six months imprisonment for pouring his faeces on a policewoman.

The court’s President, Mrs S.M. Akintayo, convicted the man, following his plea of guilt and the overwhelming evidence tendered before the court.

The court’s president described the convict, as “unrepentant criminal”.

According to her, the convict, has earlier been convicted and sentenced to one month community service in February, by the same court for causing grievous bodily harm to his victim.

Earlier, the Prosecutor, Sgt. Ayodele Ayeni, told the court that the convict, had been detained at a police station for allegedly assaulting an elderly man.

Ayeni told the court that Sgt. Abosede Olofintuyi, a Policewoman, had responded to a distress call from the convict, while he was in the cell.

According to him, the demanding to meet the Investigating Police Officer in charge of the assault case.

“My lord, Damilare was banging the gate of the cell, requesting to see the IPO in charge of his case when the policewoman, Olofintuyi went to attend to him.

“However, Damilare poured faeces on Olofintuyi’s body immediately she opened the cell gate,” the prosecutor said.

The prosecutor, however, tendered the photograph of the assault before the court, as well as the defendant’s confessional statement as exhibits.

Ayeni said that the offence contravened Section 356 of the Criminal Code Cap. 38 Law of Oyo State of Nigeria, 2000. (NAN)